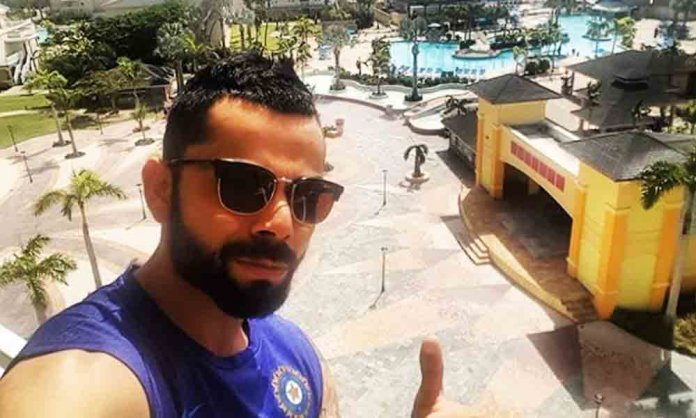 India is all set to face Australia in the fourth and final Test at the Sydney Cricket Ground starting today, January 3. Seems like Virat Kohli is determined to perform his best in the match and is seeking help from Pakistan to make it possible.

The Indian cricketer was spotted training with two Pakistani bowlers in the practice nets.

The fast bowlers were Salman Irshad and Haris Rauf who play for the Lahore Qalandars in the Pakistan Super League (PSL).

Apparently, both the Pakistani cricketers are playing club cricket in Australia and will be seen giving their best in the upcoming edition of the PSL.

Salman Irshad and Haris Rauf, two players picked by @lahoreqalandars from #PlayerDevelopmentProgram in 2017, today bowled to Indian Cricket team on nets in Australia. Both are in playing cricket in Australia as part of LQ’s player development program. pic.twitter.com/DYEaJEqTLn

Their training moment with Virat Kohli was captured by a fan and is now making waves on the internet.

Virat Kohli All Praises About This Pakistani Bowler!

And Kohli’s smile said it all!

When Kohli has a smile on his face, it usually means that he is satisfied with the players, and in this case, these two bowlers talent!

Fans are loving Virat for his humble attitude towards Pakistani players

Another reason to love Kohli. He's the greatest yet so humble

It is rightly said that sports transcend all borders. Both Kohli and Lahore Qalandar stars were delighted to enjoy the game with each other.

Kohli has high chances of becoming the only Indian captain to win a Test series in Australia. India is leading the four-match Test series by 2-1.