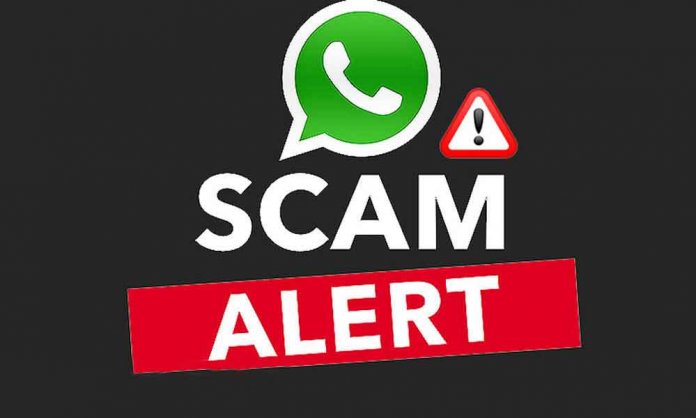 Sorry folks! There’s no there is no such thing as ‘WhatsApp Gold’ it is actually a virus which is driven by a phishing scam.

It all began in 2016 when news started circulating about the hoax. There were several claims that it offered multiple hidden features of WhatsApp which is only accessible to WhatsApp Gold users.

The scam tricks users into downloading the supposedly ‘gold’ version of WhatsApp. However, they end up receiving is a virus! The message keeps appearing on and off from time to time and has resurfaced again.

The circulation has started again as a message, which states a video called ‘Martinelli’ will come out tomorrow and hack your phone.

Different variations of the message have been circulating since 2016, some users have reported receiving a messaging saying ‘Limited Edition’ of WhatsApp which claims to offer video chats, ability to send 100 photos at once and delete messages after they’ve been sent.

One of these messages reads:

“If you know anyone using WhatsApp you might pass on this. An IT colleague has advised that a video comes out tomorrow from WhatsApp called martinelli do not open it, it hacks your phone and nothing will fix it. Spread the word.”

“If you receive a message to update the Whatsapp to Whatsapp Gold, do not click !!!!! “Now said on the news this virus is difficult and severe. Pass it on to all.”

The first part of the message mentions the video, the second part warns the user of the ‘WhatsApp Gold scam message’ which in itself is a scam.

The message invites users to click a download link to upgrade the App, which then leads them to a website that is full of malicious and harmful software.

There is a video that will be launched tomorrow in Whatsapp and is called Martinelli, Do not open it as it Goes into your phone and nothing you do will fix it. Spread the word and If you receive a message to update Whatsapp Gold * this is also a virus #WhatsApp

It is advised to not click on the message or on any suspicious URLs. Instead,  delete it at once.

There are only two versions of the application- WhatsApp and WhatsApp Business. The social media application at times comes pre-installed on selective phones and updates are done automatically through the application’s server.