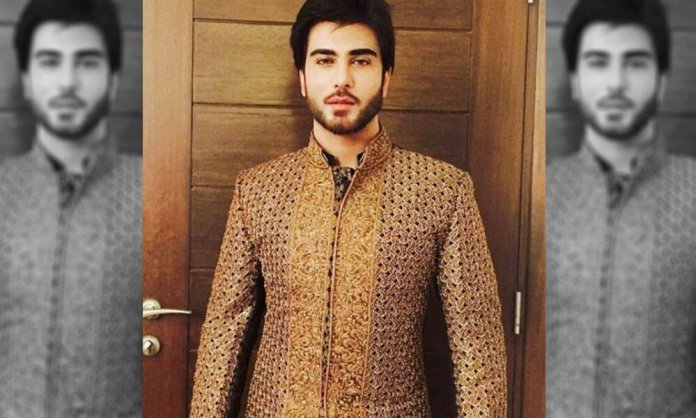 The dashing actor Imran Abbas is one of the finest actors of Pakistan. After conquering the world of entertainment, the Dil-e-Muztar actor is now hoping to tie the knot with the love of his life soon.

Recently, the actor opened up in an interview with Samina Peerzada where he talked about getting married. He further said that he hopes to bring his baby with him in the next season of Samina Peerzada’s show.

When asked about if he is in love, he replied:

WELL, THAT IS ANOTHER STORY. I CANNOT SAY THAT I AM MADLY IN LOVE WITH HER AS I DON’T WANT TO DECEIVE ANYONE BUT I THINK THERE ARE SO MANY OTHER IMPORTANT THINGS OTHER THAN LOVE IN THIS WORLD.

Watch the Video Below:

Very Filmi wishes Imran Abbas for his future and a happy married life ahead.

The actor has starred in many Pakistani dramas such as Mera Naseeb, Khuda Aur Muhabbat and Akbari Asghari whereas made his Pakistani film debut way back in 2006 with Wapsi – The Return and later acted opposite Bipasha Basu in Bollywood’s Horror film Creature 3D.