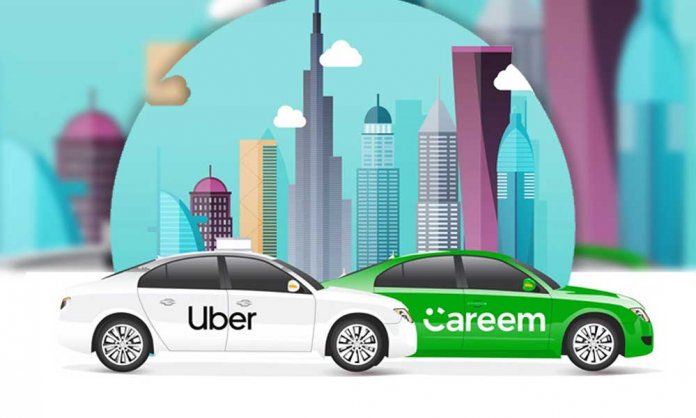 Popular ride-hailing services Uber and Careem are expected to raise their fares for the province of Sindh.

The news came in a monitoring report. Previously, the Sindh government’s budget 2019-20 proposed 13% service tax each on both of the ride-hailing services and the service providing drivers (captains).

Sindh Revenue Board (SBR) later clarified that the sales tax was not 13% but 5% and was reportedly mislead by social media and other outlets.

A source shared that it was initially 13% but due to the pressure, it was reduced which is why the government has changed their claim.

On the other hand, the Khyber Pakhtunkhwa government proposed a 2% tax on these services.

We highly appreciate the efforts of Taimur Jhagra, the Minister of Finance KP and his cabinet for understanding the business model of Online Marketplaces which have immense means to create jobs in Pakistan.

We welcome the introduction of the sub-category of ride-hailing and the measures taken to regulate it without hampering its growth potential. This will allow for the creation of thousands of new jobs and attract investment in the province. – Careem Spokesperson

Furthermore, Careem is partnering up in Khyber Pakhtunkhwa with Rescue 1122 Ambulances.

We will continue to work with other provinces like we have been doing in the past to develop a regulatory framework, which encourages growth and investment in the tech sector.

However, an increase in fuel prices, car prices and now ride-hailing service tax can come as unwelcoming for the residents of Sindh. The expensive cost has already discouraged many from using the service in means to find cheaper transport.

The increase of taxes will be added on the customer, as per analyst predictions, which might drastically impact the method of travel for many.

What do you think about the situation? Do you think the masses will be able to afford their services? Share your comments with us below.

Licenses to be Mandatory for Buying New Motorcycles: IG Sindh