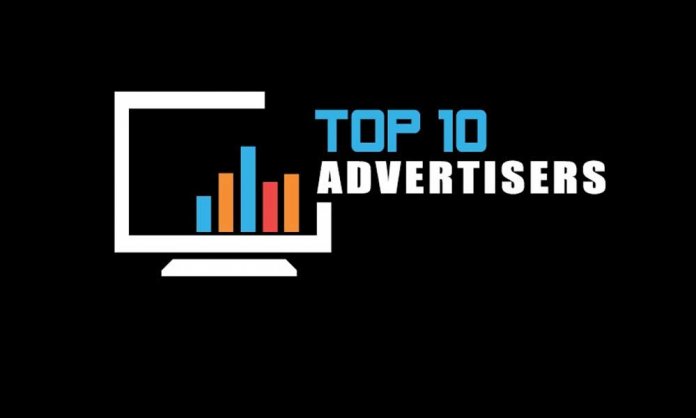 This list was compiled after extensive research to find out which brands dominated the television screen throughout the month.

Not only does the compiled list contain the country’s top brands, but it also contains government and corporate advertisers as well.

Unilever ranked at #1 with a total airtime of 72,715 minutes. The brand is followed by the Supreme Court of Pakistan which has been advertising its fundraiser for the Prime Minister and Supreme Court’s Diamer-Bhasha and Mohmand Dam Fund in full swing.

Third place was taken by Reckitt Benckiser which has several consumer brands under its umbrella including Dettol, Veet, Strepsils, Harpic, Air Wick, Durex and more. Protector and Gamble Pakistan and Bahira Town Pvt. Ltd. also made it to the ‘Top 10’ list.