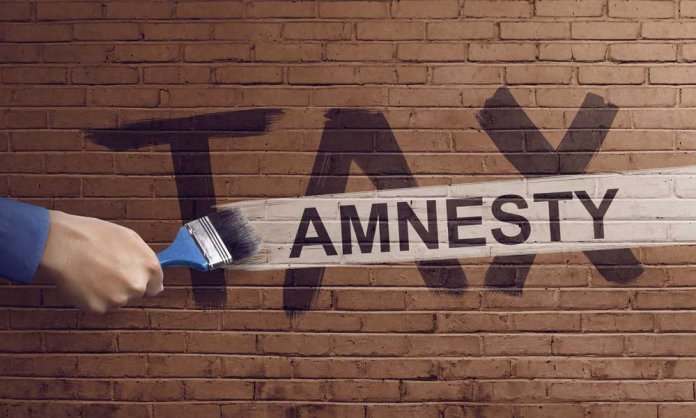 Tax Amnesty Scheme 2019 by PTI: All You Need to Know

The scheme is an attempt to boost revenue from hidden domestic and offshore assets.

The government also announced that it intends on stopping the unchecked outflow of dollars via foreign currency accounts. This will help in amending the law and hidden domestic and offshore assets, reports ET.

An asset declaration scheme will be announced before the budget. The government has not yet finalised the tax rates for the amnesty scheme.

For the newly risen government, the timing is very crucial. This is because the announcement comes just before the signing of an agreement with the International Monetary Fund (IMF).

An IMF is expected to visit Pakistan in the third week of April. On the other hand, the government also wants to use this new scheme to enhance its tax collection which has fallen short of its target in the first 9 months (of the fiscal year) by a whopping Rs 318 billion.

Overall, this will be the Federal Board of Revenue’s (FBR) 11th tax amnesty scheme. In the past, all the previous schemes have failed to meet the desired results, applying more pressure on the current government to make ends meet with the desired results.

Asad Umar shared that the individuals were facing issues because of the implementation of a number of laws, including the Benami Transactions Prohibition Act. He further added that the government wishes to give a chance to its citizens to declare their assets hidden in and out of Pakistan.

At the occasion, Minister of State for Revenue Hammad Azhar also shared that the FBR has served the first 6 noticed under the Benami Transactions Prohibition Act. Previously, PTI had raised questions towards the previous government, Pakistan Muslim League Noon – PMLN, for offering 4 tax amnesty schemes in a span of 5 years.

Until the government addresses the issues of smuggling and under-reporting, people will continue accumulating assets, and the government would keep on offering one amnesty scheme after another – Asad Umar had said at that time.

However, PTI has not yet taken steps to address the issues of under-invoicing and smuggling in its tenure so far. The government itself has a new responsibility as the direct taxes collection amount to only 37 percent of the total collection and most of it is collected by levying over 72 kinds of withholding taxes.

At present, there are three valuation rates and people pay taxes at deputy collector rates that are hardly 40 percent of the market value.