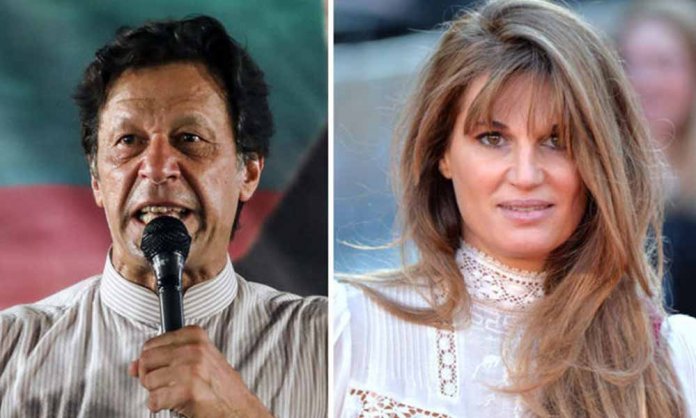 Time and again, Jemima Goldsmith Khan has expressed her love for our nation, proving that her loyalty will forever lie with us.

Consequently, Pakistanis will too continue showering her with affection and have a special soft spot for her, given that she is the ex-wife of our Prime Minister, Imran Khan.

However, Twitterverse is always rooting for Khan and Jemima to re-unite, shamelessly pestering her with annoying questions related to the PM.

Recently, such an episode happened again on social media and Jemima, yet again, did not appreciate the comment.

I'll stop loving Jem when an apple grows from a mango tree on the 30th February. . #jemimakhan #jemimagoldsmith

Jemima took to Twitter and expressed her views on the current situation of Brexit!

And you won’t believe what the first comment on her tweet was- a Pakistani fan asking the following question: ‘Do you still love Imran Khan?’

do you still love @imrankhanpti

Seems like Jemima is now bored with all such questions and couldn’t help responding:

This is always going to be the first reply to every tweet for the rest of my life until I’m dead.

This is always going to be the first reply to every tweet for the rest of my life until I’m dead. pic.twitter.com/T5EPODO2zS

Noticing Jemima’s exasperation, her fans were quick to express that they adore her a lot and hence, these questions will never stop coming.

Haha. Aww! That's a rhetoric question, though! You have set a beautiful example of love, grace & sincerity for EVERY couple in the world, Jemima! It's always the tough times & terminal stage of a relationship that reveal the TRUE character of a person. Pakistan loves you! 💕

This is not the first time, the British beauty has been asked such a question, but her replies always make us laugh!

I could tweet literally anything (existential despair/ Trump’s combover/ my toothbrush) & still guarantee I’ll get at least five replies, asking, “will you re-marry Imran Khan?” 😳 https://t.co/v9rD7FbQ82

Despite their parting ways, Jemima has shown that she will stand with Imran Khan and Pakistanis no matter what.

She has shown to the world how couples can be friends and remain civil even after a divorce.

22 years later, after humiliations, hurdles and sacrifices, my sons’ father is Pakistan’s next PM. It’s an incredible lesson in tenacity, belief & refusal to accept defeat. The challenge now is to remember why he entered politics in the 1st place. Congratulations @ImranKhanPTI