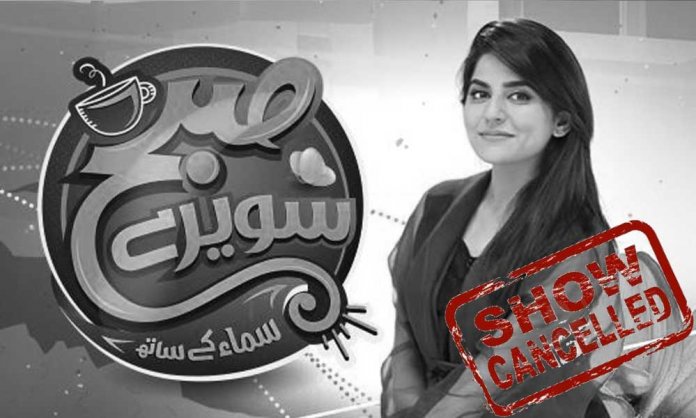 According to sources, Sanam and her team are no longer a part of the morning show and will be completing their contract which will end next month.

Sanam had also revealed on her show that she will be leaving Samaa’s morning show.

Now that it has drawn to a close, there are only 2 shows which are being aired- Salam Zindagi with Faysal Qureshi on ARY Zindagi and Good Morning Pakistan with Nida Yasir on ARY Digital.

According to a journalist Ali Imran, Sanam and his time have been sacked from the show. He also shared that Samaa and ARY will now be following the same pattern as GEO news’ show ‘Geo Pakistan’. 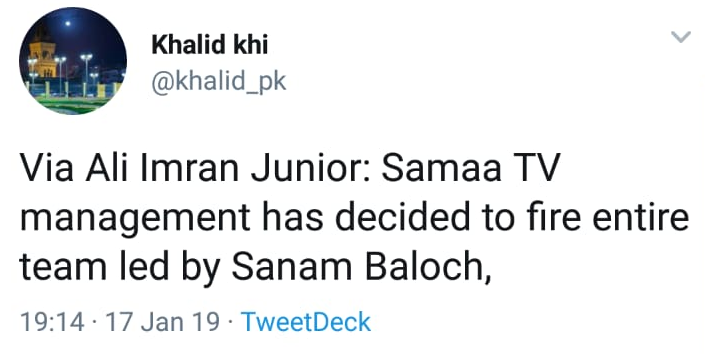 Given that there is a financial crunch due to the devaluation of the Rupee which has drastically impacted the media and advertisement industry, it is highly possible that Sanam Baloch and her team were let go because of the cutdown.

Samaa has not officially announced the news as of yet. Reportedly by Ali Imran, Samaa has more important decisions to make and meeting are to be held in their Karachi office to determine the final call.