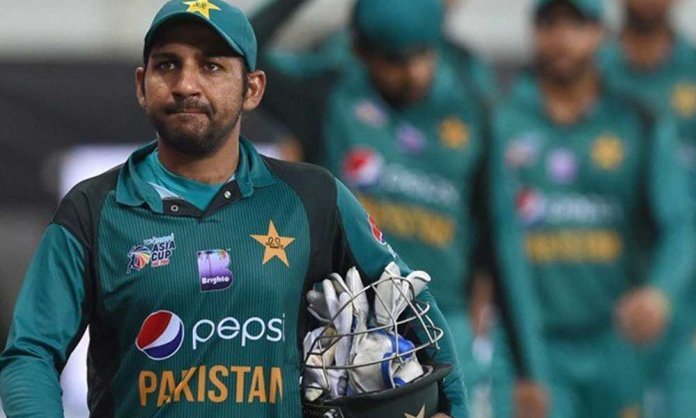 Pakistan Cricket Team’s skipper Sarfaraz Ahmed has landed himself in hot waters after passing an offensive remark on the field.

Hey black guy, where’s your mother sitting today? What [prayer] have you got her to say for you today?

Skipper Sarfaraz in hot waters over racist remarks in Durban ODI.
Should such remarks be tolerated in the game of cricket??

Difficult really to translate that, it’s a big long sentence.

Ramiz Raja might have been able to save the Pakistani skipper that time, but the comment was soon all over social media with cricket fanatics calling him out and telling him to apologize.

Former fast bowler Shoaib Akhtar aka Rawalpindi Express also uploaded a video on his official account calling out Sarfaraz and telling him to apologize for the remarks passed. However, Akhtar deleted the video shortly after.

Social media also shared its two cents on the matter! Here’s what they had to say:

Shoaib Akhtar condemns Sarfraz Ahmed’s racist comments on Andile Phehlukwayo during the ODI match. Good to see someone speaking sensibly from across the border for a change. #PAKvSA #SAvPAKhttps://t.co/uhYAdYzTFZ

This is the Nation where no one has “Freedom of speech” and person like @shoaib100mph has no guts or rights to speak against Wrong! #Racism aur #Inhumanity toh inki samajh se bahot door ki baat hai 👎 #SAvPAK

Disgusting to hear Racist comments made by a 🇵🇰 Captain #SarfarazAhmed , add to it #RameezRaja trying to save him by acting deaf 👂 ! @ICC https://t.co/cPZX1AxBlP

This isn’t funny. Its pathetic and racist. https://t.co/J3OeIW4CuR

This isn’t funny. Its pathetic and racist. https://t.co/J3OeIW4CuR

Yesterday on the same historic land a cricketer Sarfaraz Ahmed hurled racial abuses against a black South African cricketer. It’s so shameful and demeaning the struggles of all those black men and women who fought against apartheid,who had been its victims. #SarfarazAhmed

Dear @ICC you should take strict against @TheRealPCB captain #SarfarazAhmed as he was calling @OfficialCSA player @andileluck19 “kaale ” which means black in english !! 😠 Rasicm should not allowed at any cost . Check the video below #SAvsPAK #SayNoToRacism pic.twitter.com/2w1Jntmxf1

What are your thoughts about Skipper Sarfaraz Ahmed’s remarks?