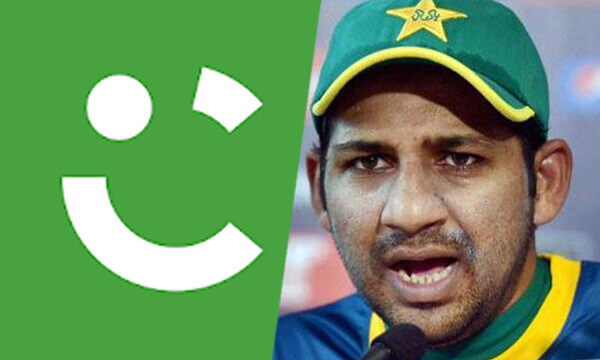 Some love and laud their promotional strategies. Others hate their advertising gimmicks and bash the ride-hailing service for being too bold.

Careem’s Hilarious Dig at Daraz is Winning the Internet!

Yet again, the brand has stirred up a storm on social media and this time, it has resulted in Pakistan united on one mission i.e to ‘Delete Careem App’

Thousands of users have taken to social media to protest against Careem for its controversial tweet against the Captain of Pakistan’s Cricket team, Sarfraz Ahmed.

The tweet was clearly not funny, sparking an uproar of the worst sort!

@SarfarazA_54 How about signing up as our Captain now? 🤔#AsiaCup2018

Apparently, the ride-hailing brand intended to troll Sarfraz after Pakistan’s crushing exit from the Asia Cup 2018.

Despite the fact that the entire nation seems disappointed with the team’s performance in the tournament, cricket aficionados hated Sarfraz’s mockery by Careem.

The tweet horribly backfired and ended up creating a joke of the brand itself!

@CareemPAK Sarfraz is not loser like your captains…
Uber is the best like my captain @SarfarazA_54 is the best ever captain of all time!#BoycottCareem#DeleteCareemApp https://t.co/ByCTllnltf

Twitterverse is now deleting the app and uploading screenshots to express their disapproval.

Clearly, Paksitanis still love Sarfraz and will not tolerate any insult regarding the Captain.

Ridiculing a national hero will only get you bad publicity. Bad marketing. #DeleteCareemApp https://t.co/RQDBeG2Fpj

Fans are now demanding an immediate apology by Careem on the matter.

@CareemPAK you need to run a promo code SORRYSarfaraz with 50%off on all rides today! Else Boycott will get hyped ! pic.twitter.com/JIbyscAA0O

And are also requesting for the immediate removal of the team member who posted the contentious tweet!

Realizing the gravity of the situation. Careem tried to clear the mess with a statement that didn’t work!

Hey Hamad! Trust us when we say we cheered the loudest for the team today. We never meant to hurt anyone. Just making sure we are supporting our Captains in any way possible. After all, they are our pride 😉💪

An official apology by Careem is only what will calm the heated situation.

Official apology with a press release or this #DeleteCareemApp is not going to stop, take it as a warning, see this is Karachi, it usually never sleeps, good luck with your morning ahead.@AK_Forty7 https://t.co/ZXQ7N6orJQ

The brand is yet to release an official statement regarding the matter.

This is not the first time Careem has landed itself in hot water. Earlier, the ride service had to apologize for ridiculing political leaders in its Election campaign.

What do you think of Careem’s tweet on Sarfraz? Let us know in the comments below