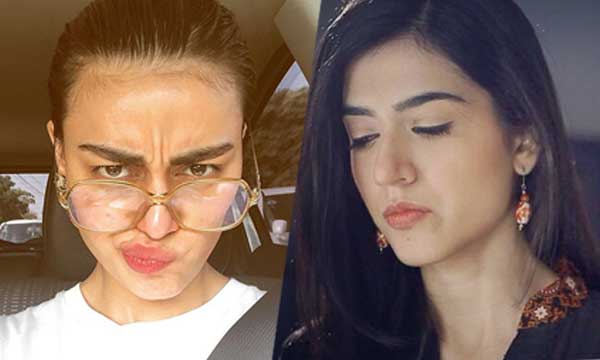 The war of words on social media is on its peak these days with Pakistani celebrities and politicians having their fair share in it.

The supermodel turned actress Sadaf Kanwal has also stepped in, or should we say have made a comeback in this thread of unfortunate events.

This time, the supermodel seems to have declared war with fellow star Mansha Pasha. 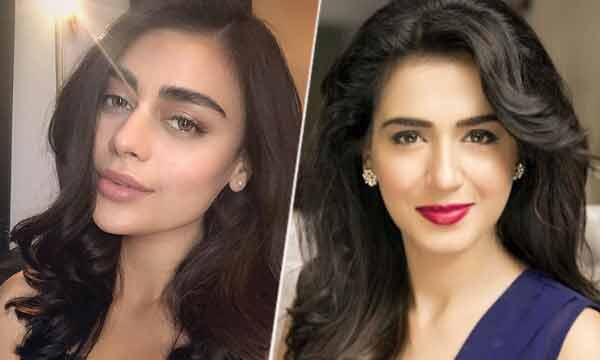 Here’s what went down!

A couple of days back, Mansha Pasha took to Twitter to slam some of the recent controversial statements made by Pakistani starlets and supermodels.

The actress asked her colleagues to ‘step up their game and learn to speak better’.

From stole my husband from my best friend and cheated on my fiancee, to jab Me Too hota hai ussi waqt kiyon nahi boltein, to quotes from Uncle Ben and your friendly neighbourhood spider-man.

The women of this industry need to step up and learn to speak better.

In her tweet, Mansha hinted towards the insensitive comment made my Sadaf Kanwal on #MeToo movement in HSY’s talk show, the recent statement by Hira Mani regarding her husband and Momina Mustehsan quoting Uncle Ben from Spider-Man during her argument over Ko Ko Korina with Shireen Mazari.

Making a comeback on her Insta story, Sadaf Kanwal made an obvious taunt towards Mansha Pasha’s dressing sense and made this whole feud even uglier.

In her recent Instagram story, Sadaf posted a picture with a mocking face and an even more judgmental caption. 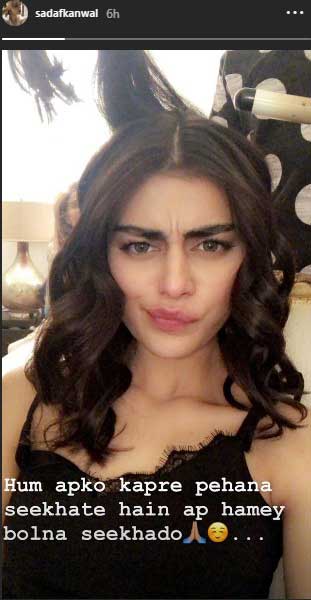 The picture appears to be a clear dig at Mansha Pasha who often comes under fire by the fashion police for her sartorial statements.

Let’s see how Mansha responds to Sadaf or remains silent on her brutal dig.