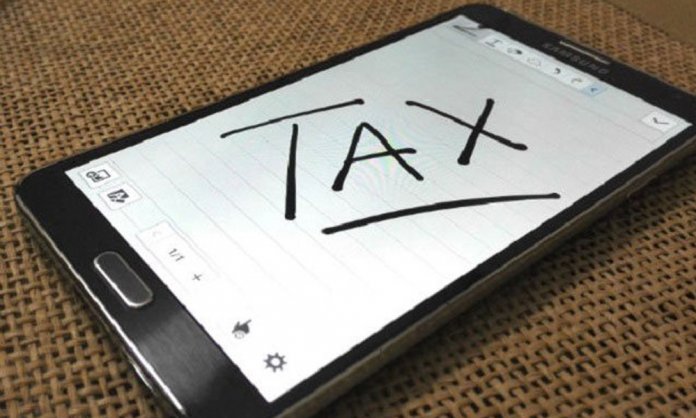 21st June 2019: The Federal Board of Revenue (FBR) has now decided to withdraw the baggage facility under which international travelers were allowed to bring one imported phone without paying tax on it.

This facility will be discontinued from 1st July. Hamid Atiq Sarver, a member of Inland Revenue Policy had informed the Senate Standing Committee that 80% of phones sold in the markets are imported and a violation against the baggage rules.

Keeping in mind that the scheme is being exploited and not to forget 45,000 individuals had devices that did not belong to them registered in DIRBS under their names, the FBR has decided to terminate the facility.

Ghous Mohammad Khan Niazi, Pakistan Tehreek-e-Insaf Senator proposed that advance 3% tax is collected from mobile phone subscribers and should be withdrawn because it is ‘injustice to the common man’.

The government of Pakistan has issued a revised rate list for authorized regulatory and customs duty rates for mobile phones.

Individuals traveling to Pakistan with more than one mobile phone will have to pay these taxes as per the new rule, while one mobile phone can be brought in to the country free of taxes and duties.

As per reports, the amount is as high as PKR 30,000 depending on the model and brand. In an official notification, the Ministry of Finance, Economic Affairs, Revenue, and Statistics has revealed the new duty on importing mobile sets. 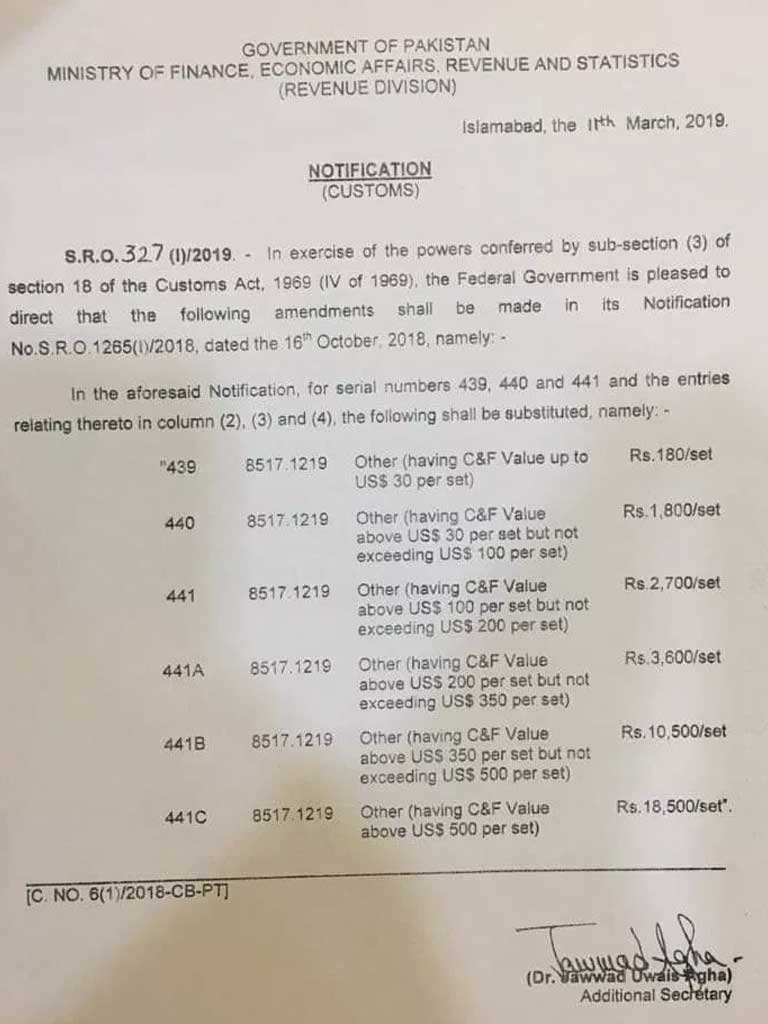 The following is the breakdown of the new regulatory and customs duty rates: