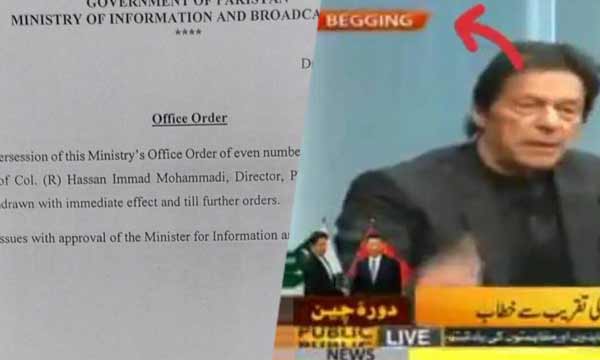 This decision of removing the MD came shortly after the incident where PM Imran Khan’s live speech at Central Party School in Beijing had the wrong spelling of ‘Beijing’ aired. 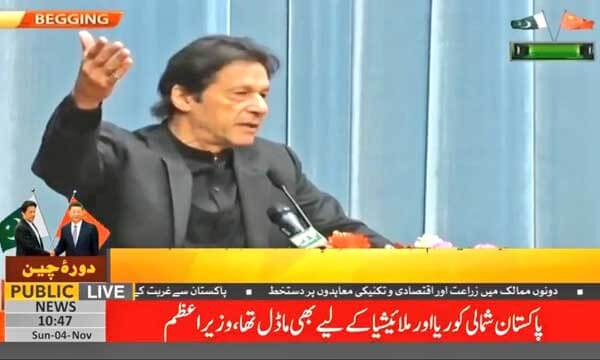 The incorrect spelling remained on the screens nationwide for 20 seconds before being removed and corrected.

Several videos and screenshots of the incident were shared on social media and went viral, thus catching attention by the Government. 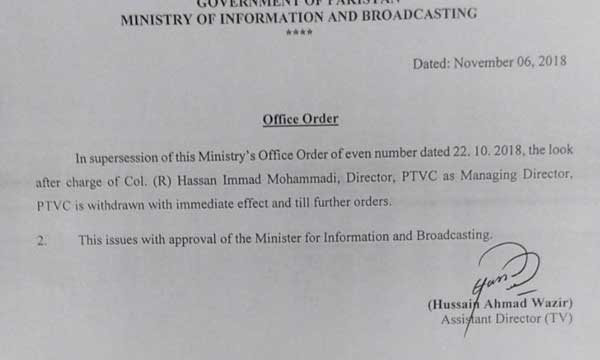 On the other hand, PTV management had already suspended two employees over the typo that caused embarrassment to the government.

PTV had also regretted the error saying on their official Twitter profile:

“Today, during a live address of the prime minister during his ongoing visit to China, a typographical error took place, which remained on screen for 20 seconds and later removed. This incident is regrettable. Strict action has been initiated under rules against concerned officials.”

On Saturday, China said it had agreed to “firmly move forward” with infrastructure projects in Pakistan following meetings between Mr. Khan and Chinese Premier Li Keqiang.

Do you agree with the actions taken against the PTV Managing Director?

Dubai Expo 2020 Job Openings You Can Apply For