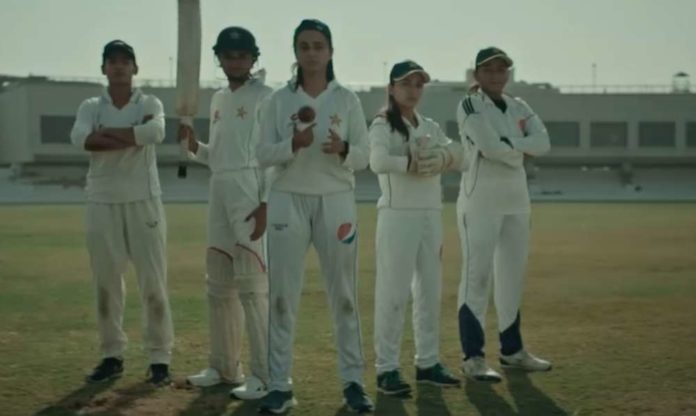 Following Pakistan’s remarkable performance in the T20 world cup, Pepsi has released a video in order to pay tribute to the heroes of the Pakistan Cricket team.

The T20 world cup was nothing less than an emotional roller coaster ride for the Pakistanis. The Pakistani cricket team’s winning streak was one of the main reasons which made everyone a fan of the cricket team. Every match played by the Pakistan cricket team was outstanding and even better than the last one. Moreover, the performance of the team in the semi-final was also exceptional. However, it was only hard luck that the team couldn’t win the match.

Regardless, the enthusiasm of the team and the public was uncanny during this entire series. The fighting spirit, the vast screen displays, the gatherings, everything was made ten times more exciting given that this was the first time in a long time Pakistani’s felt excited over their mutually shared love for cricket. The same enthusiasm and emotions are captured by Pepsi in their latest video, mirroring the same emotions everyone goes through as the team steps down in the ground.

Let’s look at this tribute, which sure will make your patriotic blood gush through the veins.

It is celebrating the passion that lives in every Pakistani’s heart. Indeed. The video was phrased with some of the most beautiful lines. One such line quoted,

Read More: From ICU To Making Half-century: Rizwan In Pak Vs. Aus Semi-final

The series might be over, but we shall be waiting for the next match, where we will be able to experience the same rush of emotions once again. Till then, we will wait for the team to make a fantastic comeback.

Did you like the tribute? Let us know in the comments below.