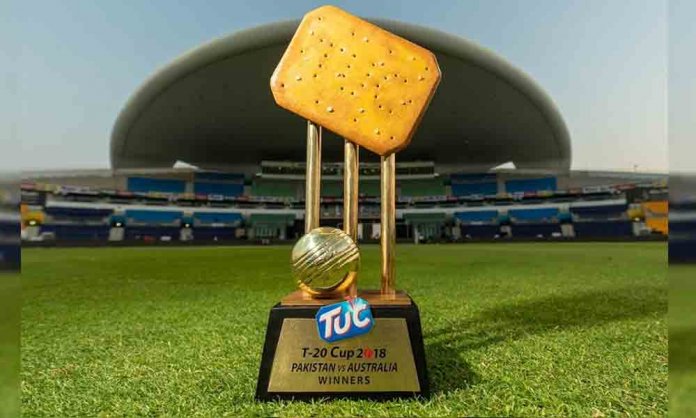 Cricket fanatics sheerly enjoy the moment when their favorite team lifts the trophy and brings it home. However, Pakistan vs Australia T20I TUC Trophy did the complete opposite, instead of celebrating, Twitteratis trolled it viral!

It wouldn’t be wrong to say that it took a first few looks and a magnifier to understand that the biscuit on the TUC Trophy was actually real.

Nonetheless, a trophy is a trophy though it may seem bizarre.

What really caught our eye was that a responsible authority like International Cricket Council (ICC) also made fun of a trophy which is absolutely absurd at their end.

The ICC board and members should appreciate the fact that designer is going out of their way to bring new designs and concepts to the playing field.

You vs the trophy she told you not to worry about. pic.twitter.com/DUGWKWFTbE

On the other hand, Pakistan Cricket Board (PCB) had the right idea of keeping it simple, the unveiling of the ‘Brighto presents TUC Cup 2018 #PAKvAUS T20I series trophy unveiling ceremony.’

Coming back to the Twitter laughing stock fiasco, here’s what some of them had to say about the Pakistan v Australia T20I TUC Cup.

Seems like the designers hired by the PCB need a crash course in designing. First the trophy and now the kit that looks hideous to say the least. They might as well dress up as a logo … who approves these designs! #PAKvAUS #T20Series #BabarAzam #ImadWasim #AbuDhabi #LogoDesign pic.twitter.com/iKjN96buLO 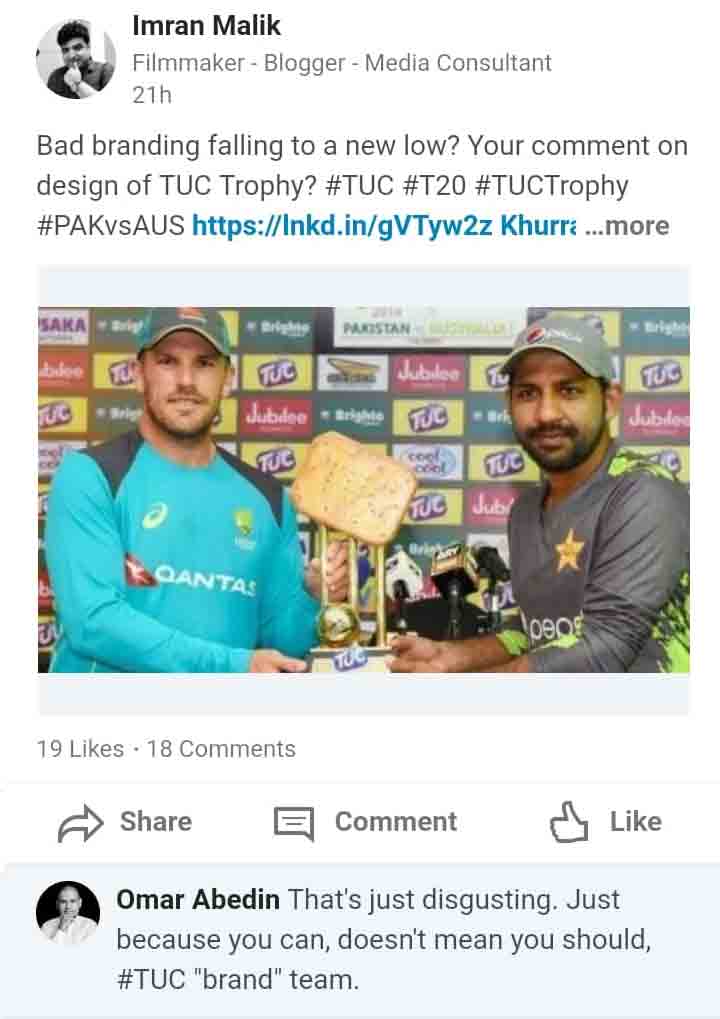 Then what about this??? pic.twitter.com/eXulRxGXwJ

This biscuit can feed their whole country

There is no creativity left in this world. A kid can design a better trophy. If they really wanted the biscuit in the trophy then they could have made it like a pitch near the stump.

What are your thoughts about the Pakistan v Australia T20I Tuc Cup?

Battle For Top Places as Pakistan Face-Off Against Australia