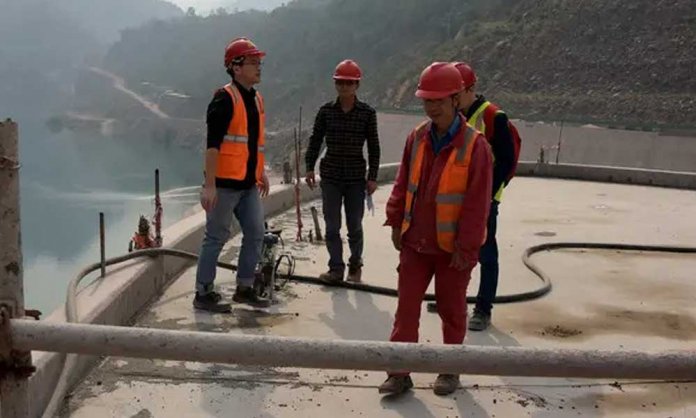 A consortium of four major oil exploration companies has completed offshore drilling near Karachi coast at Indus G-Block (Kekra-1) after 4-months through a joint venture.

The companies that were a part of the search are ENI, Exxon Mobil, Oil and Gas Development Company Limited (OGDCL) and Pakistan Petroleum Limited (PPL).

Sources have reported that Petroleum Division has informed Pakistan Today of completing drilling at Kekra-1, located approximately 280km from Karachi.

The depth of the drilling process goes to 5,470km at a cost of Rs. 14mn to determine if natural gas and oil reserves are present.

Furthermore, the reports added that an estimated nine trillion cubic feet of gas with a large quantity of oil was expected to be found at the site.

Sources have further shared that due to the critical situations that were faced at Kekra-1 well, the team eventually had to spend an additional $100 million to procure surplus steel, cement, etc.

This was a challenging task because the time to complete the drilling process was very limited, as the sea waves usually become unfriendly by the end of May. The stability of a drilling ship by the end of May would have been next to impossible. -Sources

Furthermore, in a statement, the Oil and Gas Development Company Ltd (OGDCL) announced that the discovery of natural gas and condensate oil in Tando Muhammad Khan district of Sindh as reported by ARY News.

The well was drilled down to the depth of 2676 meters and has tested 10.44 MMSCFD gas, 120 BPD condensate through choke size 32/64″ at Wellhead Flowing Pressure of 2085 Psi from Lower Gru B-Sand -reads the statement

The statement further mentions the discovery of Mangrio-1 well as a result of an aggressive exploration strategy which was adopted by the firm.