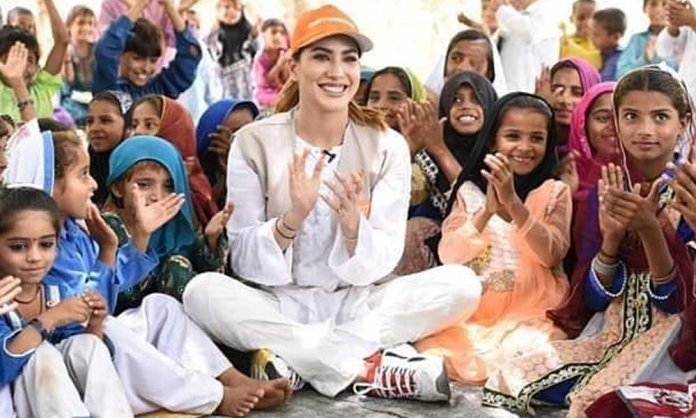 The Ministry of Human Rights has appointed Pakistani actress and Tamgha-e-Imtiaz recipient, Mehwish Hayat as the new goodwill ambassador for girl’s rights.

Mehwish received praises from all over Pakistan and the world after she called out celebrities who instead of supporting peace supported war.

She also shared that the status of ambassador or even being a celebrity means to stand-up for those who have been wronged and become a voice for them instead of spreading hatred.

The Punjab Nahi Jaungi starlet also shared a small clip on her Instagram account about her appointment stating:

Delighted to be appointed by the Ministry of Human Rights as Goodwill Ambassador 4 the rights of the girl child.

Delighted to be appointed by the Ministry of Human Rights as their Goodwill Ambassador for the rights of the girl child. This is something very close to my heart & I look forward to actively raising awareness of the issues to be addressed. Lets give girls the better future they deserve . #MehwishHayat #MinistryOfHumanRights – #Pakistan🇵🇰 #GoodwillAmbassador #InternationalDayOfTheGirlChild #GirlsMake2morrow #RightsOfTheGirlChild

Mehwish Hayat Breaks Silence Over Not Speaking About Kashmir Issue

She went on to add that this is a honor for her to represent girls and help them get their rights. She wishes to see a Pakistan in which girls are given their rights so that they can go on to change the world.

We give our hearty congratulations to the goodwill ambassador and wish her all the best for her future endeavors.