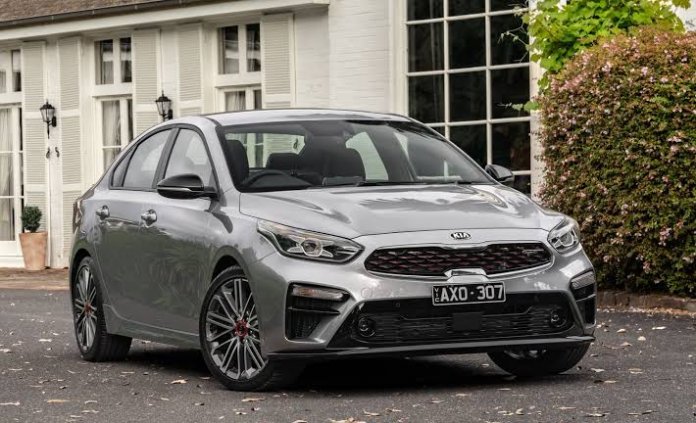 Just a couple of days ago, we shared the news with our readers that Hyundai will launch its 2020 Hyundai Elantra in Pakistan.

Now, according to various reports by journalists and automotive fanatics, famous automotive brand KIA is expected to launch its KIA Cerato in Pakistan as well.

The KIA Cerato, popularly known as KIA Forte in American markets, is a mid-sized family sedan. It is a direct competitor to the likes of Toyota Corolla as well as the expected Hyundai Elantra.

The Cerato first came out in 2003 in the American markets and continued till 2008. After, the Forte replaced it but carried the Cerato name.

Here’s what the reports have to say:

In the international markets, the car is available with a different engine, and transmission options, which one will be picked for Pakistan in particular, is hard to say at the moment.

However, the reports suggest that the Cerato will be equipped with a 1.6 Liter in-line four-cylinder petrol engine. It will have the capacity to produce 123 horsepower and 154 newton/meters of torque.

Drivers will have the option to choose between a six-speed manual and a six-speed automatic gearbox.

Moreover, the reports also state that KIA has already imported a few units of the Cerato for testing purposes.

The family sedan comes with a handful of features which include:

While these features come with there car, there are some optional features as well, including:

The KIA Stinger inspires the sedan in its stylish looks.

The expected price-tag of the KIA Cerato in Pakistan is expected to be somewhere in-between Rs. 3 million – 4 million. This depends on which trim KIA makes available to the markets and which ones drivers opt for.

The automotive sector in Pakistan has been suffering for quite some time, despite a lot of potentials to grow. The mid-size sedan category is picking up the pace and has started to perform once again, which is a healthy sign.

With the likes of Hyundai and KIA introducing new variants in this category, other automotive manufacturers will also be encouraged to do the same.

Healthy competition amongst these rivals will encourage a marketing strategy that will focus on quality features and a strategic price.