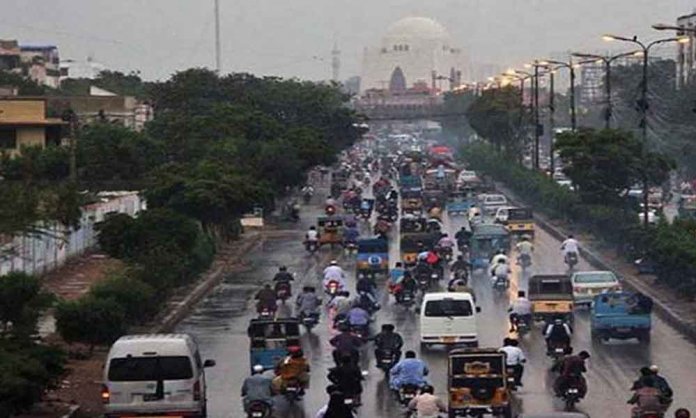 Update: Light rain is expected in Karachi during the next 24 hours according to the Pakistan Meteorological Department.

It was reported earlier that westerly wave is likely to grip different parts of the country on Wednesday and may persist in upper parts till Thursday.

Under this new weather system, Karachi is likely to receive light rain through Balochistan today and downpours are expected in its wake.

Rain is also predicted at scattered places in Sindh including Hyderabad, Sukkur, Larkana, and Nawabshah on 30th and 31st January 2019.

Karachi might experience another spell of rain during this week as per the press release by Pakistan Meteorological Department.

A new system of westerly waves is likely to enter the metropolis on Tuesday. Under the influence of this new weather system, light rain is expected on Wednesday and Thursday (night).

The Met office predicted that widespread rain-thunderstorm is expected at scattered places throughout Sindh including Sukkur, Larkana, Shaheed Benazirabad, Hyderabad and Karachi divisions.

It was reported that Southern Punjab, Lower Khyber Pakhtunkhwa, and Balochistan may also experience rain at scattered places from 30th to 31st January.

Moreover, snowfall over the hills is also expected in Malakand division, Hazara division, Murre, Galliyat, Kashmir, and Gilgit-Baltistan under the influence of this weather system.

Last week, Karachi experienced the first rain of the winter season, turning the weather of the city even chillier. Some areas in Karachi also received light rain on Saturday night.