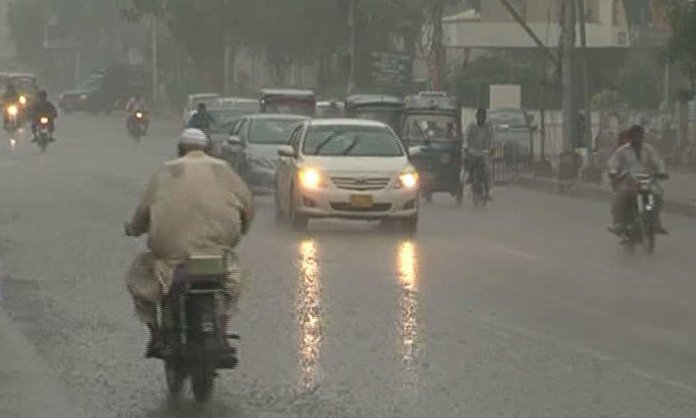 Gear up Karachiites! A rain emergency has been declared by Pakistan’s Meteorological Department (PMD) following the forecast of heavy rain showers on Friday (today).

Heavy showers with high and gusty winds are expected not just in Karachi but in other parts of the country as well.

Iqra Aziz Finally Hits Back to Haters Over Her Viral Pictures!

While widespread showers are yet to begin, rain has been reported in various areas of the metropolis like New Karachi and around Shahrah-e-Faisal.

This forecast has led to the city authorities to declare a state of emergency as a precautionary measure for the city and its residents.

What’s more, the Karachi Water and Sewerage board have readied its water drainage machine generators and cranes.

They have also instructed its field staff to remain on a 24-hour alert for in case any unfavorable situation arises.

However, despite the advanced warning issued by the Met Office as well as the Supreme Court’s order to clear all the storm-water drains in the city, the residents are still facing issues.

Reports of clogged drains due to garbage has posed a serious threat to not just the residents of those areas but also to the overall health of the citizens as well.

Storm-water drains in Khamost Colony and Teen Talwar, Clifton as well as the 28-kilometer long Gujjar Nullah still remain clogged and not restored to their original width.

Are you excited by the rain predictions? Tell us in the comments.