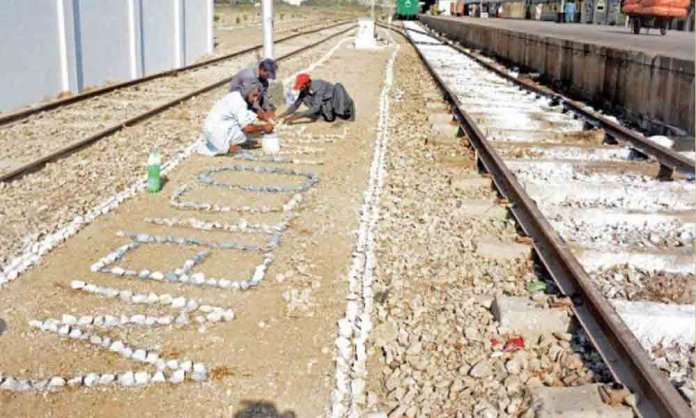 Good news for Karachiites. You can travel from Karachi to Dhabeji for free on November 1.

The service will ensure a comfortable, fast, safe and affordable movement of workers between the city and Thatta district’s border town.

President Arif Alvi will be inaugurating the Dhabeji Express today, October 31, Wednesday. It will be officially opened for public on Thursday (November 1). No fare will be charged from the public on the first day.

How To Book Your Ticket via Pakistan’s Railway System Application

“It will reduce the traffic on II Chundrigar road and Shahra-e-Faisal. It is a gift to the people of Pakistan from PM Imran Khan.”

The Karachi-Dhabeji Express would leave the City Station at 7 am every morning and reach Dhabeji station at 8.55am, after making stops at Drigh Road, Malir and Bin Qasim stations. The other train would leave from Dhabeji daily at 6:15 am.

The minimum fare would be PKR 25 and maximum PKR 80.

A train from Karachi to Sukkur will also be launched. The government is also willing to lay down a track in Gwadar too.

“We are willing to facilitate the circular railway project”

In last 60 days, the Railways Ministry had come up with seven trains to facilitate the people as up to 70 percent of the population of the country was living at both sides of the railway’s tracks.