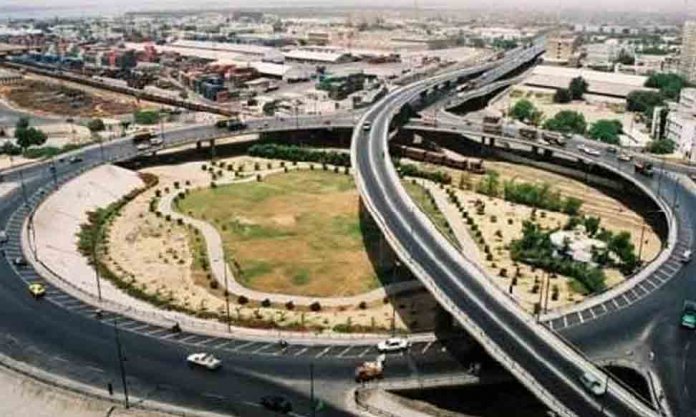 Karachi development projects are in full swing and the metropolis is undergoing massive evolution in terms of infrastructure.

Sindh Chief Minister (CM) Syed Murad Ali Shah during a meeting has said that Karachi has been given top priority for development.

A pool of Rs53 billion has been allocated under Annual Development Programme (ADP) 2018-19 against 365 schemes of Rs218.6b that have been launched.

Reportedly, a total of 365 proposed schemes were submitted out of which 16 mega projects for the city have been completed in 2016-17 while 17 other mega projects are near completion.

These schemes include the follwoing:

The Pakistan Tehreek-e-Insaf (PTI) government has finally proposed a package for Karachi’s development.

Read the complete proposal and its salient features below

With the rising water crisis taking over  Karachi, the government has suggested the upgrade of Dhabeji and Pipri pumping station. It also proposed purification of seawater to fight water shortage in the city.

In transportation, the development of Green Line Bus Service and circular railway system has been proposed.

Will PTI’s government be able to fulfill its plan for Karachi Development? Let’s wait and watch

Kemari Harbour To Be Turned Into A Picnic Spot

The iconic Kemari Harbor in Karachi will be ready to greet visitors very soon!

Recently, the Federal Minister for Maritime Affairs Ali Haider Zaidi has announced that a restoration operation of Kemari Harbour is under process to turn it into a scenic picnic spot.

The Minister took to his twitter account and wrote that Kemari will be a place that everyone will love to visit.

Slow and steady it’s getting there. This will inshallah be a place that everyone will love to visit. #KemariPort #CleanPakistan #100DaysAgenda.

Slow and steady it’s getting there. This will inshallah be a place that everyone will love to visit. #KemariPort #CleanPakistan #100DaysAgenda pic.twitter.com/MjdL0WFw5q

The ministry is currently executing its finishing touches around the harbor and it will be open to the public very soon.

While updating about the renovation of the harbor, Ali Haider Zaidi said:

Removal of encroachments has started from KPT areas near Kemari Harbor. We will clean the ports & clear the roads for smooth flow of traffic.

Removal of encroachments has started from KPT areas near Kemari Harbor. We will clean the ports & clear the roads for smooth flow of traffic. pic.twitter.com/F6K1e87UgH

The restoration operation was started by the minister last month and promised that the process will be completed in a month. He shared some of the details about the new picnic spot and informed that it will include a pickup & drop off jetty.

Major restoration operation under way at the Kemari Harbor. Inshallah in a month, u will all be able to enjoy the scenic & historical port. It’s a pick-up & drop off jetty. Not a free boat parking. These are live pics from today. Time to clean up the ports. #CleanUpKHIPorts.

Major restoration operation under way at the Kemari Harbor.
Inshallah in a month, u will all be able to enjoy the scenic & historical port.
It’s a pick up & drop off jetty. Not a free boat parking.
These are live pics from today.
Time to clean up the ports. #CleanUpKHIPorts pic.twitter.com/Kd61N3DVTa

So if you are bored of all the old picnic spots in Pakistan, a whole new place is waiting for you this year in Karachi.

Are you excited about this new picnic spot? Let us know in the comments section below.

Numaish Chowrangi is Closing Down for Construction!

Update: Karachi Traffic Police has announced that the route from Numaish Chowrangi to Capri Cinema will remain closed from 4th October 2018 onwards, due to Green Line Project Work on M.A. Jinnah Road.

Being one of the busiest tracks in the city, measures have been taken by KTP to divert the traffic from Capri Cinema to Saddar Dawakhana Road and Soldier Bazar.

Karachi Infrastructure Development Company Limited has generated a map to help the citizens understand the diversion route and to highlight the construction zone.

The track highlights the construction area (red) on M.A. Jinnah Road, from Capri Cinema to Numaish Chowrangi, with Parsi Colony on one side and Central Jacob Lines on the other.

Citizens can opt for the alternate routes, Saddar Dawakhana Road and Soldier Bazar Road, highlighted in green to avoid any hassle.

Though this route will be closed for an indefinite period of time, KIDCL has requested Karachities to cooperate until the project is under construction and to drive carefully meanwhile.

The newly-elected Sindh Governor Imran Ismail has vowed to complete all the development projects in the city.

Speaking to the media, Ismail stated:

He also stressed the importance of the Green Line Bus Project in Karachi.

The Greenline project is vital for the transport of the city. I will approach the provincial and federal governments to address the bottlenecks surrounding the project so that people may benefit from the modern transport facility

Tipu Sultan Road Intersection Flyover Length is of 265 Meter and 8.60 width. The projects’ overall cost is 668.137 Million. The construction was started in February 2018 and has been completed within 6 months in August 2018.

Check out the Ariel View of the flyover!

This is a developing post and will be updated over time.