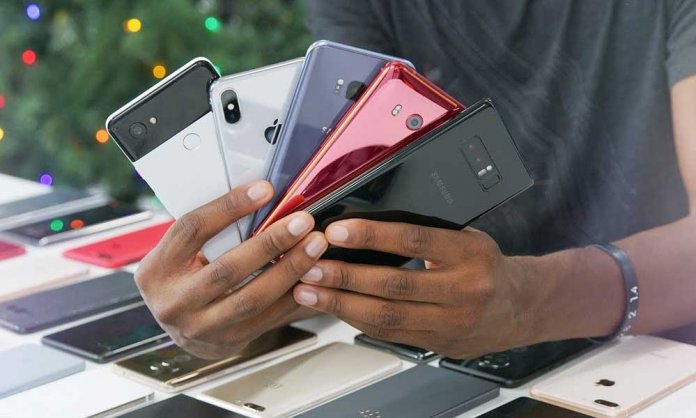 Update: Pakistan Telecommunication Authority (PTA) has extended the date for the registration of cellphones till 25th January 2019.

An online portal system developed for mobile IMEI registration will be ready for soft testing by 25th January, PTA informed the Senate Standing Committee for Information Technology and Telecommunications.

The deadline to register the mobile phones was extended to 15th January 2019 previously. Now, citizens will have 10 more days to have their smartphones registered by PTA.

Minister of State for Revenue Hammad Azhar has announced a major policy shift. According to the new rules and regulations, travellers visiting Pakistan will be allowed to bring in only one cellphone per year free of customs duty as per the personal baggage rules.

According to the new regulation, a maximum of 5 smartphones can be brought to the country. However, customs duty will have to be paid on 4 of the 5 sets after 30 days if the sets require services.

The Federal Minister took it to his Twitter to announce the change in policy. He wrote, “The cabinet has decided that mobile phones sold after 1st December 2018 that are not customs duty paid (i.e. smuggled) will be deactivated by PTA after a lapse of 30 days.”

The cabinet has decided that mobile phones sold after 1st Dec 2018 that are not custom duty paid (i.e. smuggled) will be deactivated by PTA after a lapse of 30 days. Phones currently in use or activated before 1st Dec will not be effected or require any registration. 1/2

If you are purchasing a new phone or carry any phone that you wish to install a sim in and activate after 1st Dec 2018, make sure to send its IMEI number to 8484 to know about its legal status. The IMEI number can be found the mobile phone’s box or by dialling *#06# on its screen

For people bringing in phones from abroad, as per personal baggage rules. One phone per annum is allowed duty free and up to a maximum of 5 phones in a year can be brought in. The duty on remaining 4 will have to be paid if you require service in Pakistan beyond 30 days.

For the purposes of implementation and enforcement of this policy, the customs electronic automated system has already been intergrated with the PTA’s DRIBS system. The IMEI numbers of customs duty paid phones is automatically uploaded into PTA’s database.

Information Minister Fawad Chaudhry, on Friday, had announced that the cabinet has decided to install a new Device Identification Registration and Blocking System (DIRBS).

This system will block smuggled devices from operating within the country after December 31st. “The restriction will not be imposed on the phones already in use,” he added.

According to Mr Chaudry, Rs82 million worth mobile phones are brought to Pakistan however only Rs 2.5 billion is received. Despite sales being banned on second-hand phones, they are still available in the markets.