Home Sports ICC World Cup Trophy: Ever Wondered Where it is Kept After a...
Advertisement 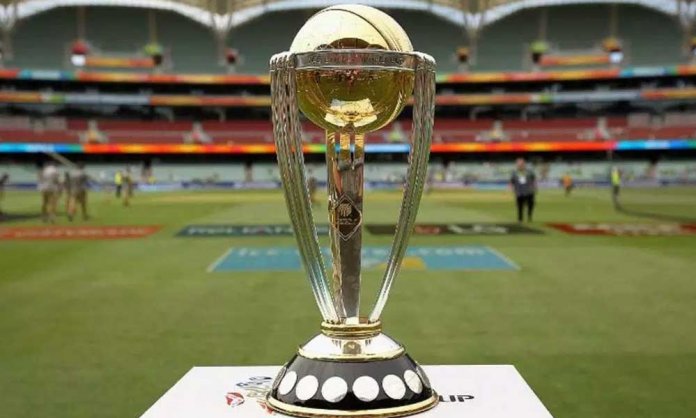 The ICC Cricket World Cup trophy is one of the most sought-after beauties. Cricket fans surely cannot hold their excitement to see their nation raise the trophy in the air after willing the tournament.

But there’s a pretty common question amongst the cricket fans who wonder, “Where is the ICC CWC Trophy kept after a team wins it?”.

Before finding this out, let’s go back to a little history of the Cricket World Cup Trophy.

Since the inception of the Cricket World Cup, there has been a number of five different World Cup trophies from 1975 to date, With different designs and names.

The very first Cricket World Cup Trophy was the Prudential Cup Trophy, named after the main sponsors of the World Cup, Prudential Plc – British insurance and finance Company. This trophy was further used for the next three Cricket World Cups from 1975-1983 with the West Indies winning it twice and India getting hands on the last one after an iconic knock by Kapil Dev against Zimbabwe.

Moving on, when Reliance Industries became the primary sponsors of the 1987 World Cup, The Trophy was redesigned as the ‘Reliance World Cup’. The trophy was conquered by the might Aussies after thrashing the English team.

The 1992 edition of the World Cup trophy, The Benson and Hedges Cup Trophy, is trophy which most of the Pakistanis might be aware of and still have that pictures in their minds of our Kaptaan holding the Crystal beauty. The ’92 CWC was sponsored by Benson and Hedges. Maybe there’s no need to tell any details of this company to fellow Pakistanis.

Wills, A tobacco company, took the sponsor’s hat of the 1996 World Cup and with that, the new trophy, The Wills World Cup Trophy, was introduced. The eye-catching trophy was won by the Sri Lankans in an amazing final playoff.

Finally, in 1999, ICC decided to award its own trophy, The ICC Cricket World Cup Trophy, which would be permanent. The stunning Trophy was designed by Paul Mardsen of Garrard & Co. And produced in a period of two months by a team of craftsmen from Garrard & Co. It’s made of Gold and Silver and stands 60 cm high. Since the ’99 World Cup, the same trophy has been used even now.

Do you know any more exciting facts about the ICC World Cup Trophy?