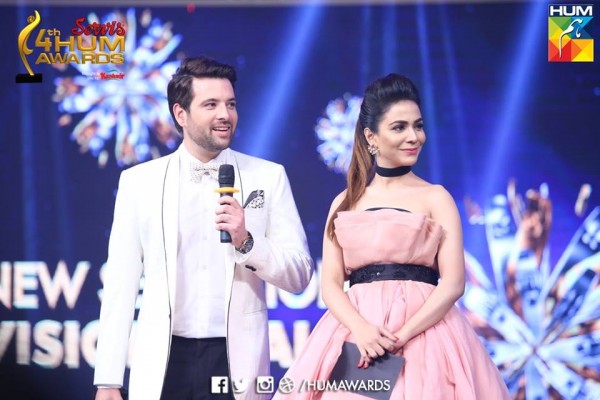 Not only the heroes and the divas from HUM TV drama serial were honored with the prestigious awards, but leaders from the fashion industry, musicians and veterans of Pakistani film industry were also accoladed for their recognition within and outside the Pakistani media Industry.

Altogether, there were 25 award categories, out of which 9 were of the viewer’s choice.

Have a look at the list of winners of the HUM Awards 2016 here:

The stage is set and #humtvawards2016 is set to roll.

#yalghaar to release on July 16th , 2016 under the banner of HUM Network. #humtvawards #humtvawards2016

Not only awards were a part of this dazzling night but also the enticing performances of the celebrities on stage who with their latkas and jhatkas arrayed an appealing ensemble at the venue.

Have a look at the performances here:

It was not just the dance performances that won the heart of the audiences at the awards night, but the renowned singer Atif Aslam also bestowed a delightful performance on the stage

HUM TV Awards night yesterday exuded glamor and many other mesmerizing moments that would long remain with us. However from feedback received, there were a number of people stuck in the traffic jam for a long period of time before being able to enter the venue. The event itself satrted rather late at 11:20 pm although the red carpet was to finish by 9 pm. Seating arrangements could have definitely been better and there were  a number of disappointments on that front.

We will be coming up with more pictures and videos of the awards night, till than stay tuned to Brandsynario!

The event was managed by Star Links PR.