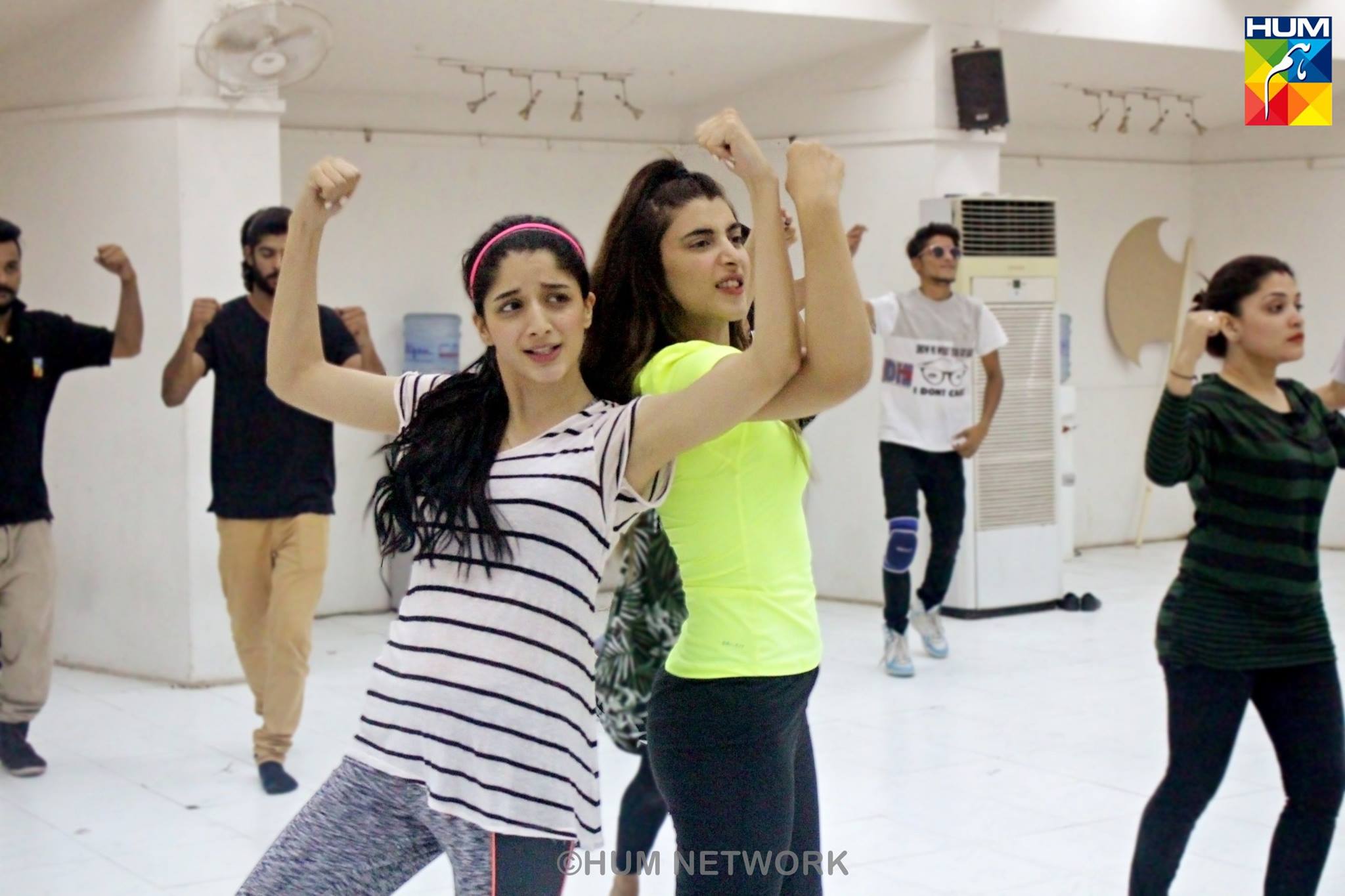 Never a dull moment for Pakistani Celebs! After rocking the show for ARY Film Awards, the who’s who of Pakistani Entertainment is now gearing up for Service Hum Awards to be held on April 23rd, Saturday in Karachi.

We have compiled a series of behind the scene images featuring our favorite celebrities rehearsing for their various performances for the award show.

From the looks of things, it seems Sohai Ali Abro is pumped and ready to rock the awards shows with her groovy dance moves. We can’t wait to see the live performance!

Everybody’s darling Hocane sisters will be performing a duo act for the show as is evident by these behind the scene pictures of them rehearsing.

The host of the show Ahmed Ali Butt, shared this video for his fans, hoping to get them as excited for the awards as he is.

Pakistani TV Actor, sent out a message to his fans in his sultry voice, telling them to get ready for the 4th Hum TV awards.

Hoping to win an award for the Best Actor Meekal Zulfiqar shares a video to get his fans on board the HUM Awards Express!

Mehwish Hayat had this to say to her fans for the upcoming HUM Awards.

Everyone knows a party can’t be complete without Humayun Saeed taking the stage! Here he is prepping for his act with Mehwish Hayat.