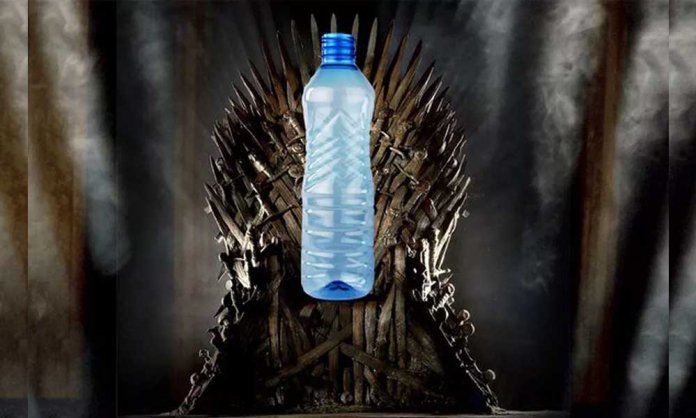 The last episode of Game of Thrones Season 8 Episode 8 or the series finale came to an end leaving behind a mix of emotions.

So much happened in the last episode, however, the producers and directors never thought that once again GoT fans will catch a huge blunder, more or less equivalent to that of the Starbucks cup!

Game of Thrones Season 8 Remake Petition Has Taken Over the Internet!

During the last few scenes where the council assembles as Tyrion Lannister is ready to meet his fate, fans noticed a water bottle in King’s Landing!

LMAOOO I CAN’T BREATHE THEY DID IT AGAIN 💀💀 First Starbucks now a water bottle this show is a joke #GameOfThrones #GameOfThronesFinale #TheFinalEpisode pic.twitter.com/9YaFF8Pnm6

But wait! There were not one but two water bottles in that scene! One behind Samwell Tarly’s foot and the second behind Ser Davos!

It’s not just there, I actually found the second water bottle next to Ser Davos. #GameOfThrones pic.twitter.com/rZHqiWmDU4

Social media took a field trip to talk about the blunder that has become the latest sensation.

THIS IS NOT EVEN FUNNY ANYMORE.

Writing 🤝 Editing
Being the worst GoT departments pic.twitter.com/d6dDpXYsPB

He brought plastic bottles AND tried to introduce democracy. Definitely from the future

What other blunders were you able to come across during the last season and episode of Game of Throne?