Home Entertainment Celebrities Game of Thrones Cast Salaries: Here’s How Much They Are Earning Per...
Advertisement 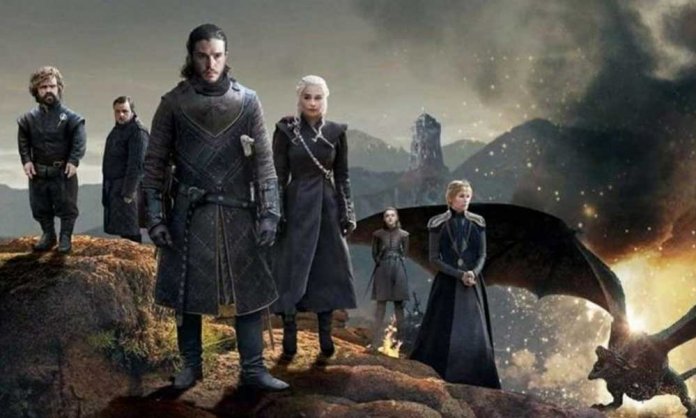 The popular HBO show Game of Thrones has people swooning over it from all around the world.

Everyone seems to be busy guessing the pay of Game of Thrones Actors. Well, guess no more and read on to find out more!

The story and characters are equally captivating and engaging for the audiences. The characters have been so real for us that we have felt, lived, and strongly related to their struggles.

Well… except for Ned Stark and his beheading, but you get the point.

The final season, season 8 had been much awaited for.

Apparently, it has been disappointing for the audiences, but it has still kept people up all night just to find the best streaming link and watch it.

Did you ever wonder though, while watching an episode or two, how much does the show pay its actors?

Here’s how much Game of Thrones Actors Make per Episode:

Our beloved (?) Jaime Lannister. God knows we have hated that guy but every time he was in a battle we have prayed he survive and finally do something about his chemistry with Brienne (spoiler S8E4).

Nikolaj gets a whopping USD 500,000 per episode for the entire season 8, which amounts to a little over PKR 7 crores.

Huge thanks to everybody who showed up tonight in Copenhagen at the final GOT premiere. Not least Søren from the amazing fan group ‘a Camp of ice and fire’ you guys always make it 50 % more fun ! . I wish we could screen every episode on the big screen . It looks insane and its so much fun to share the experience. Enjoy the next 5 weeks 🙂 @ilariaurbinati @brioni_official @hbonordic @pilouasbaek

The wisest man alive, Tyrion Lannister, whom we expect to die this season is played by Peter Dinklage, also making PKR 7 crore per episode.

“Never forget what you are. The rest of the world will not. Wear it like armor, and it can never be used to hurt you.” – Tyrion Lannister

Mother of dragons, breaker and chains and all of that, Danny is played by Emilia Clarke who is also categorized as tier A actor.

Hence, she makes $500,000, the same as the Lannisters and the other Targareon.

Yes @time and I both called in the morning to make sure we would be colour coordinated. A DREAM of a night, thought provoking powerful insightful humans wanting to make a difference, and then dance. 💃🕺 And I didn’t tell anyone how @gameofthrones ends! Success all round. Not forgetting these perfect legends of their crafts for making me look fresh and clean @fulviafarolfi @benskervin @petraflannery @narrativepr @dolcegabbana @dgbeauty #❤️ #🎉 #🙌

Kit Harrington knows nothing. Or was it Jon Snow? Same difference!

If you are a true fan, you know he is the other Targareon. If you do not, well, tough luck. He is making an estimated PKR 7 crore per episode to ride a dragon.

Whether Cersei is pregnant with Jaime’s kid or not, she sure knows how to bargain. Looks like she taught that to Lena, too.

The actor has successfully bargained her pay as well and took it to $500,000 per episode (around PKR 7 crore).

A girl has no name but a girl makes a truckload of money!

She killed the Night King for us and also makes a little above PKR 2 crore rupees per episode. Maisie Williams, we are counting on you to make Cersei’s death climactic.

Sansa grew from a girl interested in stitching and being a wife to her sweetheart to a leader of the North.

Such character development was executed wonderfully by Sophie Turner. Her making PKR 2crore ($150,000) for one episode is justified.

Are you surprised by the numbers these stars are making? Or did you expect nothing less?