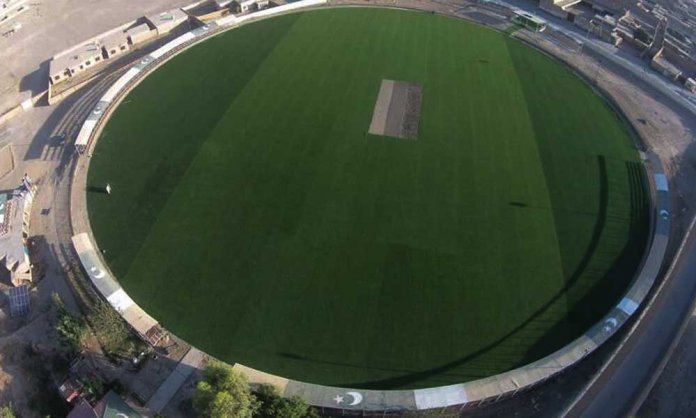 Cricket is a huge part of Pakistani society and with Pakistan Super League (PSL) reaching new heights of popularity every year, the image of international cricket in Pakistan is improving slowly, but surely.

On this note, Pakistan Cricket Board (PCB) has taken several steps to improve the standard of cricket, be it renovating stadiums or building new ones to encourage international cricket in Pakistan.

To leave a mark in cricket history, Pakistan has introduced the world’s first ever AstroTurf Cricket Stadium.  The stadium was inaugurated by Commander of Southern Command of Pakistan Army Lt Gen Asim Saleem Bajwa.

Following the inauguration ceremony, the stadium was handed over to the cricket association. AstroTurf stadiums do exist in Pakistan, but none of them have ever before been used for cricket.

ICC ODI Rankings 2018: These Pakistani Cricketers Made it to the List

The local teams, Chaman XI took on Qilla Abdullah on the AstroTurf pitch as part of the inauguration, similarly more cricket matches are expected to take place on the ground in the future.

As of now, the ground has 3 stands, but management is keen on expansion in the future.

This is a great step towards improving the quality of cricket in Pakistan. Lt Gen Asim Saleem Bajwa emphasized that Balochistan had great cricketing potential and this stadium will provide immaculate facilities for locals and also for the cricket stars.

Thanks to the support of Pak Army, cricket revival has started in Pakistan as is evident with the success of PSL. If these efforts continue it won’t be long before international teams start coming to Pakistan regularly.

Stay tuned to Brandsynario for more related news and updates!