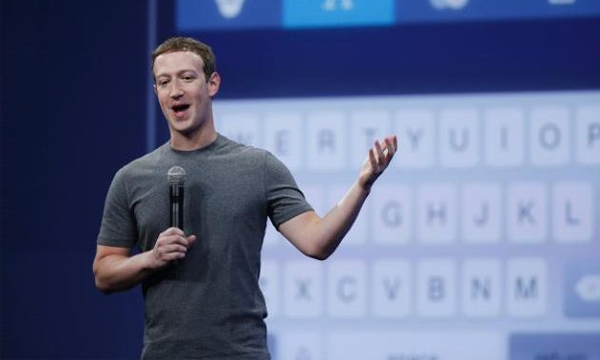 Facebook chief Mark Zuckerberg took the leading social network on a new journey Wednesday, with a live-streamed chat with astronauts on the International Space Station.

In a Facebook Live video broadcast shown at the NASA page of the social network, Zuckerberg praised the work going on at the station and launched a few questions, some submitted to him online.

Zuckerberg effused that while Facebook’s mission has long been to connected everyone in the world, “connecting folks who are out in space is about as extreme and cool as it gets.”2 The conversation between earthbound Zuckerberg and three members of the ISS crew lasted approximately 20 minutes and ranged from types of experiments being done in space to what food tastes like to them and what they do for fun.

Experiments included effects of zero gravity on combustion, fluids, and even the human body.

Learning how to keep people and the station in top shape in space is an important step toward being able to further explore the cosmos, according to astronauts.

Insights shared included that being in space seemed to mess with the sense of taste, prompting astronauts at the station to spice up food, of which there is a variety.

ISS commander Timothy Kopra noted that treats sold in markets as astronaut ice cream are not that at all, but mentioned a Space X capsule some time back did drop off some real ice cream that was nearly gone.

When asked about Facebook in space, Kopra said that he has enjoyed sharing pictures and musings at the social network.

For fun, astronauts said, they stare out the window a lot and marvel at the beauty of Earth, and play with zero gravity. The trio somersaulted in unison to make the point.

“It would not have been a first Live to outer space without some astronauts flipping around in zero gravity,” Zuckerberg quipped.

“It is amazing this thing worked.”

Facebook CEO in an unprecedented move has invited the world to International Space Station via a post on his official Facebook account. This would give people a chance to interact with the astronauts during the first ever “live” interview from space.

Mark Zuckerberg has announced the first ever Facebook live broadcast from space scheduled for Wednesday 1st June at 9:55 am Pacific Time. Zuckerberg has told people to ask questions from the astronauts by posting on the official event page or by commenting on his status update.