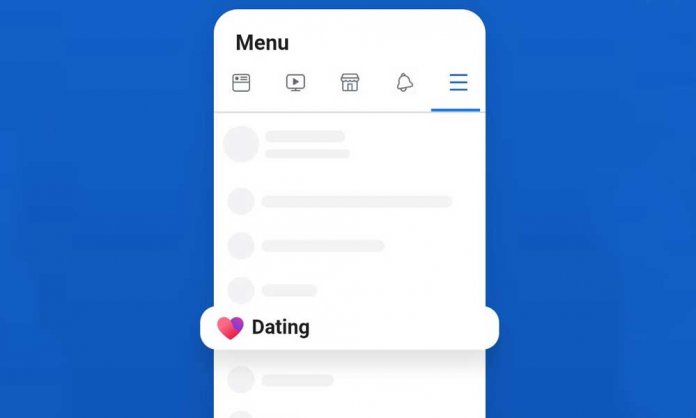 Update: Facebook has now officially rolled-out ‘Facebook Dating‘, its new application to meet singles for the United States and 19 other countries.

Facebook had made this news public almost one year ago when they launched the application in Colombia.

An app researcher, Jane Manchun had shared some screenshots of the application in a tweet.

Facebook is internally testing Facebook Dating. I can’t go past the signup screen because they are not activating all non-employee Dating profiles because, well, it’s “pre-launch” 😉

I can’t go past the signup screen because they are not activating all non-employee Dating profiles because, well, it’s “pre-launch” 😉 pic.twitter.com/VQFHUJIkuX

Jane shared other features users will be able to use once the application is officially launched for the public.

Feeling anxious or not knowing what the pickup line to break the ice? Facebook got you, as they are working on something called “Conversation Starter”

They also have this thing called “community” specifically where users can view their mutual communities. This might be Facebook’s take on “Groups” on Tinder Social.

Facebook Dating is only available for users of the age of 18 or older. It will show as a tab for users in the main application.

People interested in it would have to make a separate profile from Facebook and their matches will be made according to preference. 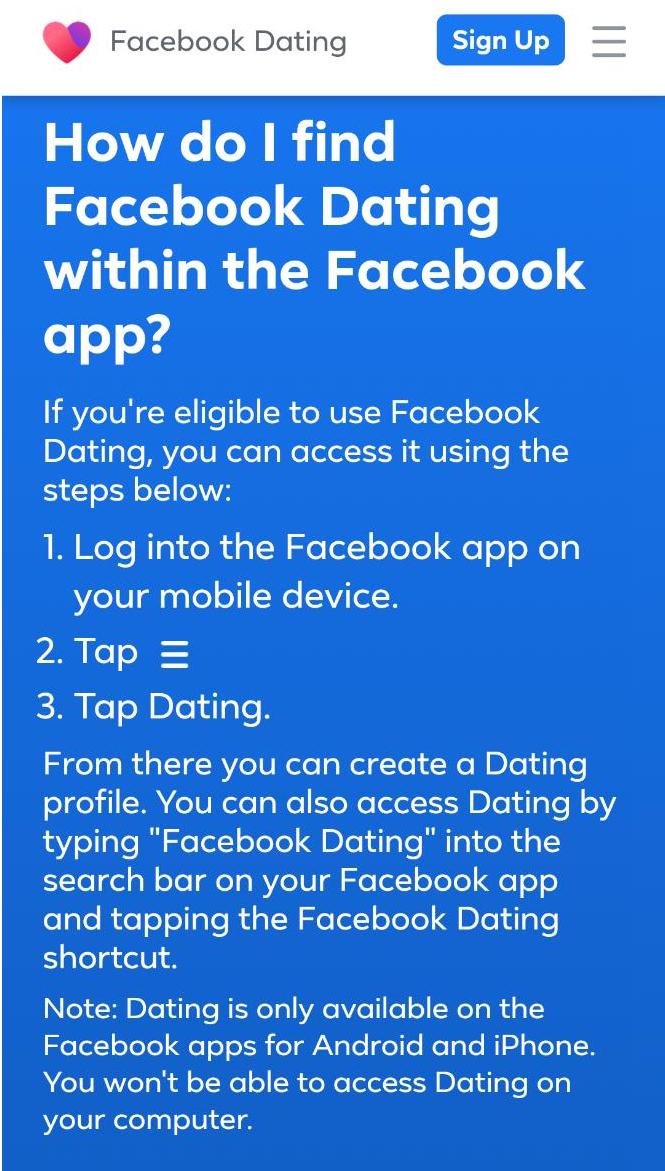 24th September 2018: Now you can befriend, even follow, and date strangers thanks to Facebook Dating, if you live in Colombia that is.

Facebook already knows if you’re single — which some 200 million people have listed themselves as on their personal profile — or when “it’s complicated,” why not just hand them the reins to find your next love connection?

After all, no one knows more single people than this social network, seems to be their rationale.

Well, if you’re looking for love and you live in Colombia (the rest of the world will have to wait), look no further: Facebook Dating, first announced back in May, has arrived in the South American country. Now, you can look for a match on the same platform you see updates from your grandma, but don’t worry, your dating activity will not be visible to anyone in your network.

In fact, the service will be, in essence, separate from Facebook and completely opt-in, so you won’t be surprised by any rogue romance attempts. Also, Facebook promised that Facebook friends will not be suggested as matches.

The default matching of the service will match you only with friends-of-friends and strangers, or just people with no mutual connections if that’s what you prefer. Privacy is taken seriously, and no one will know that you’re dating online without your permission.

Despite Facebook being new in the dating market, its years of collecting data about its users give it an advantage. The company already knows you and your potential lover’s interests and hobbies and will use this data to make a “meaningful” connection destined for that “long-term” relationship Facebook status.

So how does Facebook Dating work? According to TechCrunch, which interviewed Facebook Dating’s product manager Nathan Sharp, if you choose to opt-in to the service (and you’re 18 and older, of course), you first verify your location and set up a profile including only the details you would like to share, like a bio, where you work, and your education, for example. You can then upload up to 12 photos for Facebook or otherwise and answer a brief personality questionnaire.

Voila! You will have a suggested match list that can be filtered based on almost anything like age, distance, or height. Because Facebook’s goal is to create “in-a-relationship” statuses, they don’t allow users to scroll and scroll through images and select a person based solely on looks. You have to either say you’re not interested or comment on some of the content on their profile to ignite a conversation — and thankfully there are no read receipts.

When a user responds to the initial contact, the two are then put into a conversation window together to further the interaction as they choose. Repeat messages cannot be made before a response is made, and Facebook intends to “stay vigilant” about “unexpected forms of abuse or privacy issues.” Any conversations that you have through Facebook Dating stay in the Facebook Dating chat, so you don’t have to worry about it appearing in Messenger.

Sharp told TechCrunch that the service is being implemented in Colombia first because the country has “culturally accepted” online dating, there are 30 million active users on Facebook, and there are metropolitan areas that can be tracked for review and analysis.

Sharp also told TechCrunch how they intend to use user data to bring more people together and said: “…if analyzing your every Like and link gives Facebook uncanny matching accuracy, the word could travel fast if it’s how people find their soul-mates.”

So if you’re tired of letting a thumb swipe to the left or right determine your romantic future, you may soon be able to let Facebook make your love connection.