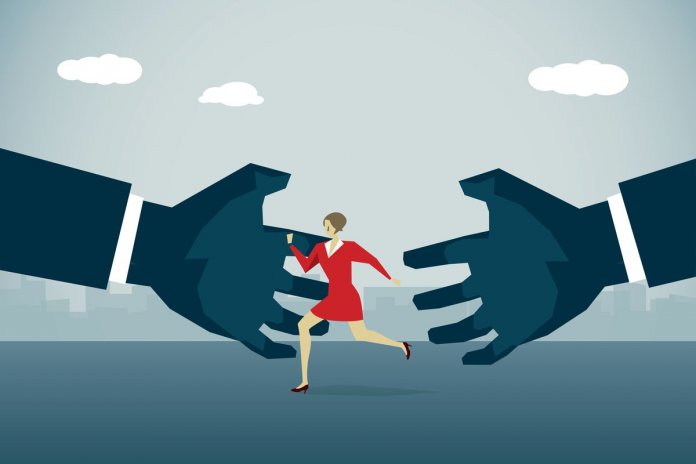 “Mere meanings in dictionaries cannot be used to explain sexual harassment”, said the Islamabad High Court (IHC) while explaining the anti-harassment law and rejecting 3 pending cases for Protection against Harassment of Women at Workplace.

The rejected cases had been filed against three individuals Ombudsperson under the Protection against Harassment of Women at Workplace Act, 2010: a grade 22 officer, Mohammad Younis Dagha, head of the Overseas Pakistanis Foundation (OPF) schools, and an official of a private online cab hailing service.

“Osman Khalid Butt has even proposed to me,” Meera

The reason behind it is that, according to court, harassment is often generalised and confused with other behaviors that are not sexual in nature. The court says that mere administrative actions at the workplace cannot be treated as sexual harassment.

“The reasoning recorded by the learned Ombudsman regarding the scope of jurisdiction vested in the said statutory public office explicitly shows that the provisions of the Act of 2010 have been grossly misinterpreted and misconstrued,”

“in all the cases in hand, the acts, attitudes, conduct or gestures were not of a sexual nature and, therefore, did not fall within the jurisdiction of the learned Ombudsman.

The complaints in all these cases could not have been entertained by the learned Ombudsman because the alleged acts, conduct or attitudes were not sexual in nature.”

The court maintains that the public office of the Ombudsperson has been established with the specific purpose of protecting women against harassment.

However, it must be noted that the said act explicitly refers to various phrases such as “unwelcome sexual advice”, “request for sexual favours”, “physical conduct of a sexual nature”, “sexually demeaning attitudes”.

Therefore, the court has made it obvious that only words or gestures directed towards another person with the intention of gaining sexual gratification would fall within the definition of ‘harassment’ in the context of the Act of 2010.

The court has advised the Ombudsman to entertain the complaints strictly in accordance with the above mentioned section of the Act and clarified that the law will not be extended to complaints where alleged acts of harassment are understood in its ordinary sense as explained in the regular dictionaries.

Do you think this step will discourage individuals from reporting harassment faced at workplaces?