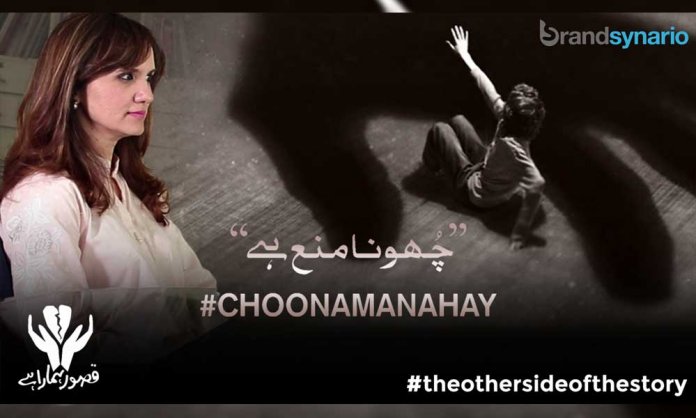 Pakistan is one of the youngest countries in the world with the highest number of young people ever recorded in its history. These statistics were recently revealed in a report published by the United Nations Development Programme (UNDP).

We spoke with Shimaila Matri Dawood, MD Pak News, and Founder Kasur Hamara Hai who has been working tirelessly on the movement for child welfare. She reveals that the state doesn’t have the statistics for two-thirds of children born in Pakistan as approximately only 35% of children under the age of 5 are actually registered at birth.

Furthermore, almost 11 children are sexually abused on a daily basis in Pakistan, 22 million children have never been to school and an estimated 1.5 million sleep on the streets.

The statistics are also sadly alarming when it comes to child labor, where approximately 15 million children are employed as part of the workforce.

Kasur Hamara Hai is a movement for child welfare advocating that every child in Pakistan has an equal right to health, education, and protection from exploitation irrespective of their economic background.

Q 1- What Compelled you to start Kasur Hamara Hai?

As a mother, child protection has always been very close to my heart, as is child welfare. I think that when the Zainab incident happened, it was like the final straw where everyone realized that it was now or never.

It was time to act. If you feel strongly about it, then you just can’t afford to be a silent spectator to the brutality that takes place in this country against children. It was then that I decided to get a group of people together who feel the same way. I was very lucky to find very passionate, committed people from all walks of life.

We got together a band of people: well-known businessman, psychologists, retired civil servants, mothers and teachers after the Zainab incident and we brainstormed. What I wanted to create was actually a citizen advocacy group.

Zainab captured the hearts of the entire country. Being a journalist, I know exactly what happens in this country when it comes to children who are assaulted and brutalized. Zainab was a six year old innocently on her way to a class – a girl who seemed like she could be one of our own children.

If we are all going to be quiet about it, then nothing will change. It’s been this way for the past 70 years since Pakistan’s independence and things have just become progressively worse.

Q2) What are the Statistics of Child Abuse in Pakistan?

According to cases reported, about 11 children a day are brutalized and sexually assaulted – and this is just the tip of the iceberg, as we don’t know how many are unreported.

What’s sad is that barring one or two incidents that have attracted interest, people still don’t really understand what causes this and what systems need to be put into place to make sure that children are not subjected to this kind of brutalization.

Q3) You Mentioned a lack of Systems to report and register cases, can you please elaborate?

There is a very faulty system of reporting in our country. It’s very difficult to register a case. There is no missing child reporting which is the first thing that should be done.

Before a child gets trafficked, raped, victimized or brutalized, they go missing from their homes. We don’t have a missing child response and recovery system or alert as there is in other countries.

Sindh has an act called The Sindh Child Protection Authority Act. What is missing in this act is any mention of missing children. It is imperative to include them in the category of children in need of special protection.

The first 24-48 hours of critical in locating that child and finding the child, so that bill perhaps needs to be rewritten. We are currently in negotiation with MNAs and MPAs from the Sindh government to work on those additions and make amendments. We also need to make sure that the act is just not on paper but is actually implemented on the ground.

Q 4)- How well has ‘Kasur Hamara Hai’ done in Terms of Awareness, and how do you Measure the Impact?

There are two things that our group decided to tackle on an emergency basis.

Our group decided to tackle this on an emergency basis. There was no proper system set up. So that when anyone goes to a police station or to a CPU or child protection unit, there is some sort of state response and the police can then spring into action.

An alert should be sent out within the district or within the city and even nationally if need be, just like it is done globally and has worked well.  In the USA, just last year, they found 800 children because of such an alert and returned them back to their families. 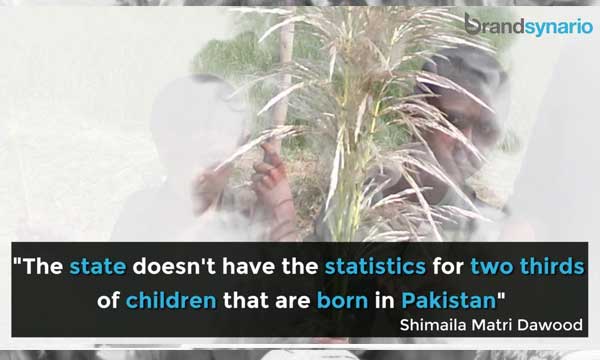 The first thing we did is we advocated the Federal government, to the Ministry Of Human Rights (MOHR). They have been excellent in this respect especially Dr. Shireen Mazari and even Asad Omar who have both been very supportive.

Asad Omar had tried to table a bill in the last government, which unfortunately did not go through. We then rewrote the bill to make it a bit more effective and then showed it to Dr. Shireen Mazari and the MOHR and we asked if she could have it tabled.

She took it up, passed it to the law ministry for it to be vetted. After some changes, it was ratified by the cabinet and is now being tabled in the National Assembly. It however still has to be passed by the Senate.

2) Create awareness across all socio-economic sectors about the prevalence of child abuse in our country.

This is a topic that is quite taboo but has become less so since the Zainab incident.

Some TV programs and brands have also tried to teach children about the rights to their body but there has not been any sort of national strategy.

We wanted to make 3 TVCs that would tackle various levels of awareness.

As we are just a citizens group, making TVC’s is expensive. However, IAL Satchi and Satchi came forward and made three, 30-second clips to mirror the three concepts in an excellent campaign called #ChoonaaManaHai. The ads were then directed by Sohaib Akhtar of Art Now productions pro bono.

Every child has the right to be safe and protected. Raise Your Voice !!!!
#Protection #PakistanisAgainstChildAbuse #ChoonaManaHai pic.twitter.com/eZO2HHXd0M

In order to maximize eyeballs, we approached various TV channels to air the campaigns. As per Pakistani law, the channels are required to air 10 % of content pro bono, but because of the current media crunch, they were unable to do so.

We then approached the Ministry of Human Rights (MOHR) who was also coming up with a child protection and child awareness campaign. Dr. Shireen Mazari, Federal Minister for Human Rights helped us in getting the campaigns aired on PTV and millions viewed it. A few months later some private channels aired it as well.

It just goes to show that when a group of committed and passionate people works together, miracles can happen.

Q5) What do you feel needs to be done further in terms of more legislature and what’s the next step forward?

Pakistan is it quite a curious country because there are a lot of laws that are already on the books. Sometimes the laws are there but not implemented and there is no execution. Other times the laws are convoluted, in contradiction to each other and even at times duplicated.

There are 15 million children that are currently child laborers in Pakistan but the laws are contradictory. As I mentioned before, children in the constitution of Pakistan have the right to free and compulsory education until the age of 16.

How do you change the mind of a nation that believes child labour is a good thing and employers are “charitable” 😢 The scale of the problem is staggering! There is a clear class distinction and poor are considered children of a lesser god. #endchildlabour #kasurhamarahai https://t.co/GWanT8Q7kR

On the other hand, there is also the category of adolescents who fall between the age group of 16-18 years.

Internationally, of course, Pakistan is a signatory to the two international conventions on the rights of the child. Internationally a child is defined as less than 18 years of age. This legislation has to be amended to make a child who can work full time, correspond with the law regarding the right to a free and compulsory education, which is 16.

After the 18th Amendment, child protection actually became a Provincial subject. So, the law that was passed is now tabled in the National Assembly by the Ministry of Human Rights is a law that applies to ICT, like the federal areas Islamabad.  What is great is that it’s being routed through the national rights of the child. So it will be applicable nationwide. Having said that, there is still a need to work with the provincial governments.

Q 6- Why do you think Sex Education Still isn’t Part of the Pakistani School Curriculum?

I think this is a new concept for Pakistan. Approximately 60 -70 % of child abuse cases are usually committed by people the child knows quite well.  It is usually from people within their own homes, families, friends, domestic staff or anyone really that they are in contact with.

As people become more aware of this, there will be more acceptances about sex education. Until now it seemed like it was a foreign NGO led agenda to westernize our children to make them more aware of sex rather than sex education or the rights to their own bodies which is what the ‘choona mana hai’ campaign really is all about.

The campaign has a long-term strategy. It aims to make parents and society realize that they are responsible for the protection of their children and that it’s not about strangers. It’s about recognizing, those warning signs and being able to tackle them and protect children.

Currently, we have organizations working with government institutions and government schools to create a curriculum.

The Sindh curriculum was supposed to include child protection and books were being printed last that I heard. The teachers would need to be trained otherwise there is a chance that things can go wrong. This is something that we plan to do as well.

Q7) Have you Taken your Program to Schools?

At the moment we’re actually making our own training material. We do have a psychologist and doctors on board. They are not satisfied with the literature that’s already present in the market. It needs to be localized to meet the requirements of our customs and religion.

We want to make children aware of the fact that they have human rights. They have a right to say no, to consent about anything that’s happening, and to not be forced into any sort of labor.

They also have a right to an education until the age of 16, which is something that the government of Pakistan and our constitution are required to provide. Of course, in practical life that doesn’t happen. But is important to make people aware of their rights.

Change is going to be a slow process that has to start with awareness first.