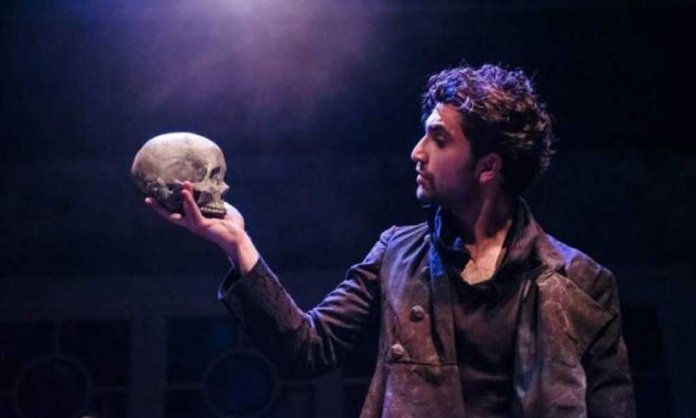 Heart-throb Ahad Raza Mir always knows how to swoon his fans off their feet!

Be it his acting skills on the screen or in the theatre, the boy really knows how to work those facial expressions and showcase his pool of talent.

With top hits like Yaqeen Ka Safar and Aangan, Ahad’s latest masterpiece is none other than Shakespeare’s famous play ‘Hamlet’, where he played the lead role. Not only did he stun the audience, but he also won Canada’s heart!

Because of the undying love and support from and fans and his phenomenal dedication and outstanding work, Ahad has been nominated at Betty Mitchell Awards for his play Hamlet: A Ghost Story and the news is already doing all rounds on social media.

The handsome hunk was nominated under the category of ‘Outstanding Performance by an Actor in a Drama’ and won the award under his belt.

It is indeed a big honor for Pakistan, he is not only breaking records in his own home-ground but also being appreciated around the globe.

While talking to The News, the actor revealed the news and said:

It feels amazing; the biggest thing is that it’s like a pride for the country. It is a regional award; hundreds of shows took place in the entire province there. For me, it is a big deal because I started my career there (Canada) and I have been watching these people get these awards for many years, hoping that it would happen to me too, one day. Therefore, bagging a nomination is a big success, not just for people residing in Pakistan but for Pakistanis abroad.

We wish Ahad more success and hope to see him one day win the Oscars!