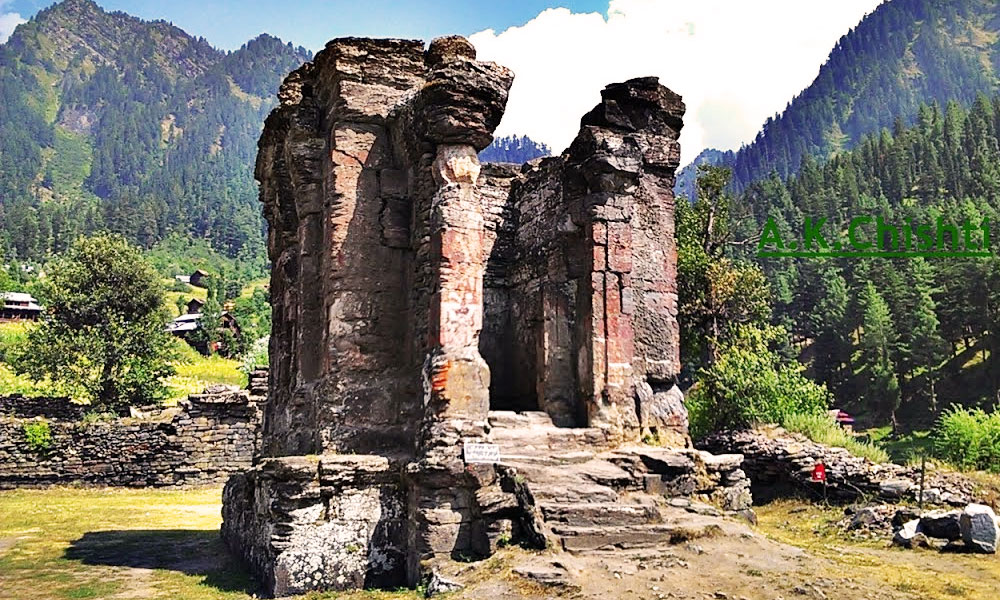 We have always heard about the 7 majestic wonders of the world, which have been praised by the human kind since their inception. However, in the hassle of knowing about the other parts of the world, we sometimes forget to notice that we are already blessed with heavenly wonders that are an example in their own. They have definitely managed to grab the attention of people breathing in different parts of the globe.

Let’s have a look at the seven of the many wonders of Pakistan that you need to visit for sure.

This is a statue found in the Hingol National Park, near Baluchistan’s Makran Coast. The statue stands namelessly tall and alone since a long time. The Hollywood Actress Angelina Jolie was inspired by this natural gem during her visit in 2002 and named it ‘Princess of Hope’. The statue seems like a lady standing with a precious robe in hopes of getting noticed of what natural beauty it has been blessed with. Many of the Pakistanis are unaware of this wonder, which is waiting eagerly to be honored.

There is an amazing yet unnoticed rock formation located at the limestone plateau of Rohri hills in Sindh. According to archaeological beliefs, most of the rock findings can be traced back to the Stone Age of human history. The Paleolithic Aror hill of Rohri is an amazing wonder stratified thousands of years ago. The shape of Aror hill also resembles with a rock in France that has been formulated by the gigantic movements of ocean waves. A shrine can also be seen at the top of Aror hill making it totally breathtaking. The Aror hill of Rohri is located near the village of Chancha Baloch.

The Kathas village of Chakwal, Punjab has a lot more to showcase than its mysterious name. The village has been carrying a legacy for many years, out of which Kathas Raj Temple is one of the most ravishing wonders that grabs the attention of the ones who value beauty and praise it. The Temple is attributed to the time of the Hindu kings dating from 615-950 CE and is dedicated to Lord Shiva. This is one of the most important Hindu sites in Pakistan and is still in use till this day by the Hindu community, both in the country and abroad.

Prior to its Hindu roots, the site is believed to have a Buddhist stupa that towered 61 meters in height with ten streams around. The wonder has dozens of stories to share.

For those who vlaue the wonders of the world, here is what you need to know about what Pakistan has to offer. An amazing wonder located at the roof top of the world Gilgit Baltistan of Pakistan, called the Trango Towers are considered to be one of the tallest and vertical mountains of the world. It also offers some of the largest cliffs and most challenging rock climbing. It provides the best place for base jumping. The highest point in the group is the Great Trango Tower with a height of 6,286 meters. The entire Trango range is surrounded by giant mountains such as K2, the Gasherbrums, and Broad Peak, all rising more than 8000 meters above sea level. This wonder is visited by thousands of passionate adventurers from the entire globe, yet the wonder is unknown to its countrymen.

Hidden in the heights of snowy mountains and requiring an immense effort to reach – Ansoo Lake (Tear Lake) is one of the most beautiful lakes of the world. The lake having a tear-like shape, was unknown until the pilots of Pakistani Air Force while flying low in the area, found a wonder in the heart of the mountainous area. The heavenly lake is situated in Kaghan Valley of the Mansehra District in Khyber Pakhtunkhwa of Pakistan. The lake resembles a human eye with a ridge resembling an eyebrow, which becomes more prominent when ice melts on the “eyebrow” during the summer.

Nobody can imagine after visiting the place known as Sharda Peeth temple, located at a distance of 136 km from Muzaffarabad in the Neelam Valley in Azad Kashmir of Pakistan, that it was once a center of the educational excellence. Even today it serves as a center of excellence in terms of the legacy it caters. The place and ruins itself speak about its wondrous time and history. Back in the 9th century, it served as a university and a hub of knowledge to the Hindu scholars and students. It also serves as one of the amazing wonders that Pakistan carries which is out of the sight of the public.

Built in 1969, the magnificent Tooba Mosque has been the point of attention for the local as well as the foreign people residing in Phase II of Defence (DHA) Karachi. The wonder is also known as “Gol Masjid” as it stands on a single large dome. The mosque is also claimed to be the largest single dome mosque in the world. Some of the impressive features of this mosque include the area inside the mosque which is completely acoustic. The interior walls of the mosque are carved with a lush simplicity. One can easily fall in love at first sight with this beautiful wonder that is not known to the wider public.

15 Fairyland Locations in Pakistan You Must Visit