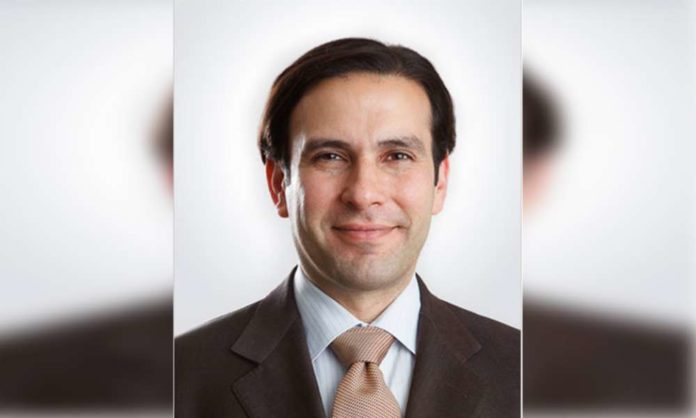 According to a statement released by Tattiana Spottiswoode, there have been allegations made against Zia Chishti, a 50-year-old Pakistani-American, founder of Afiniti. Since Tattiana’s testimony has surfaced, Zia has been viewed in a different light, as he should be. The news also affected the Pakistan Stock Market on Thursday as Chishti is also the CEO of TRG Pakistan Limited.

There is no excuse nor justification that settles the case of assault and harassment. People keep talking about evidence and proof and they never think about the victim. Instead, we have this victim-blaming mentality among people here.

Zia Chishti is a Pakistani–American sexual harasser and predator.

Next time you wonder what a predator looks like. Remind yourself of his face.

A suit. A smirk. Misogyny, power and entitlement. pic.twitter.com/B9pStkGG3s

Read More: The Automotive Industry’s Chip Shortage Might Be Over Soon

This could definitely be one of the first good steps that can be taken against such a personality. We don’t believe that he is innocent and he should stand justice for what he has done. Being a personality of a high stature does not grant him the ability to walk free of any crime. Every person is the same in the eyes of the law and we want to see him brought to justice. If you would actually listen to the testimony or read the verbatim, you would understand what we are talking about. To think that people still want to defend him after listening to the testimony is saddening and shocking both! Can they not understand the depth of the crime, the intensity of it?

This is a person who has shown no mercy or remorse in doing what they did. In fact, they seemed to be enjoying themselves at the expense of the other’s person’s pain, misery, and suffering. How long can we allow people with entitlement and power to keep moving in such a way? Zia Chishti has stepped down as the CEO of the company but it should not stop here. More steps have to be taken. He has done something for which there is no excuse nor forgiveness. Anyone who sympathizes with his situation clearly does not have the brainpower to comprehend what exactly has happened.

WATCH: Tatiana Spottiswoode shares her devastating story of the workplace sexual violence she experienced and the subsequent, secret arbitration process she was forced to endure. #EndForcedArbitration pic.twitter.com/eRmhEURMob

At times, we wonder what it takes for a person to commit a crime. We think about what must go through the mind of a criminal before they are to commit something. We cannot even imagine how the victim feels after they have been the subject of a crime. All crimes are horrendous in nature, with some more than the rest. Being sexually assaulted or harassed is not something that should ever be taken lightly. It is something that can mentally destroy a person and leave them feeling quite vulnerable.

We hope to see the victim get the justice she rightly deserves. Why did she have to suffer at the hands of a brute just because he felt so? Reading the testimony might just make your blood run cold. Anyone who defends a harasser is not up to any good on their own because they don’t seem to know the difference between right and wrong. Yet, you’d find many of them being hypocritical when something like this doesn’t happen. There has to be accountability for actions so they have a fear in them and think twice before committing heinous and grotesque acts.

We have to be patient and see how the events unfold and stay in full support of Ms. Tattiana. She deserves our support in this difficult time and we hope she finds a way to heal as time goes by. There are lines that can never be crossed, no matter how dire the situation, and a line has been crossed here. We need justice and we need it to be swift! Too long have criminals walked free under the banner of popularity and ‘Status’. It is time to make them realize that their actions have consequences!

I've known Tatiana as a former colleague at Afiniti, and I don't have the words to express the shock and distress I feel after watching her statement.
I hope that she finds strength to deal with this, and action is taken against Zia Chishti. #afiniti https://t.co/xjkmSjj0N6