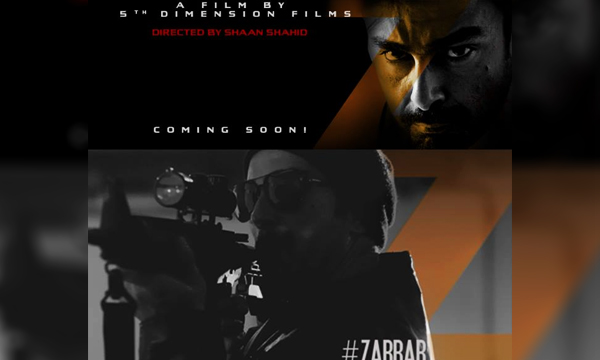 The BTS of the movie suggests that the flick is going to be an adventurous action thriller and Shaan Shahid will be seen showcasing a commander’s avatar. It is anticipated that the movie will get a tremendous response- however, we are still awaiting Shaan Shahid’s upcoming movies Arth 2 and Yalghaar as well, likely to reflect the same genre.

Shaan is in London for the movie and looks smokin’ hot! The actor Adnan Butt belongs to the United Kingdom and has made his debut in the movie Zarrar portraying an antagonist’s avatar. Movies casting has been carried out by Syed Noman Alam. Zarrar’s styling has been done by Fatima Butt.

View the movie BTS shots below: The movie is set to be an International Standard flick, slated to released next year.