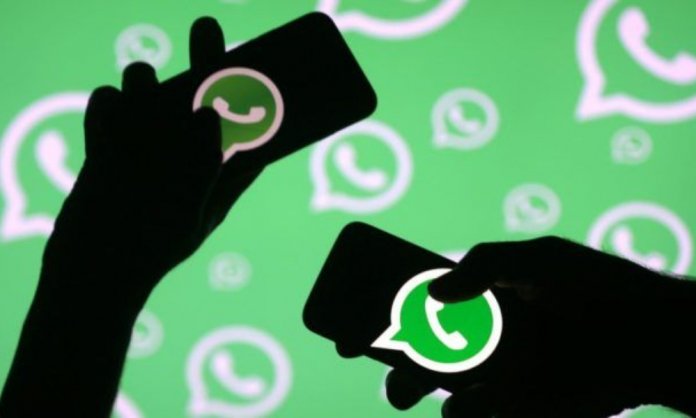 [Update]: WhatsApp has interesting news for its users (Android and iPhone both). It may be good news for a number of people. Taking a leaf out of Snapchat’s book, WhatsApp has announced a disappearing photo/video feature.

This update is in making and has not been released yet but it will, and soon.

WhatsApp has introduced a new update for iPhone users and that includes better media viewing as well as changes in disappearing messages.

As for the disappearing messages update, admins can switch on the feature for WhatsApp groups. This makes messages disappear after 7 days. But if any message is forwarded on another chat or group, that message will stay on that particular thread.

Oftentimes website links surface on the internet saying that they offer some sort of free reward. And almost always, it’s a fraudulent website. But when it comes to tech-related updates, especially WhatsApp, you are more likely to believe such forwarded links, aren’t you? Well, here is a cautionary message, then.

According to WABetaInfo, there has been a link circulating on the internet claiming that they will give you access to WhatsApp beta access in exchange for money. The WhatsApp-centric publication announced that it is all a lie. So, don’t fall for it!

I've received some reports today. People reported that a person is asking for money to give @WhatsApp beta access using a new secret TestFlight invite link.
It's fake. Do not trust! The beta program is closed and @WABetaInfo will announce FOR FREE when it's available again.

[March 16th, 2021]: If you are an iPhone user, well, there is trouble in paradise. WhatsApp-centric publication, WABetaInfo has announced that the app has a new update; Version 2.21.50 is available on App Store.

The problem, however, is that those with iOS 9 will not be able to access WhatsApp anymore. iOS 9 means iPhone 4s or older versions. But hey, that means it is time to upgrade the iPhone. Meanwhile, iPhone 5 and models will still be able to use it.

WhatsApp Messenger for iOS 2.21.50 is available now on the App Store.
• It drops the iOS 9 support.
• The new archive is not available yet. https://t.co/cFKMpctZRH

[March 12th, 2021]: Voice notes are a blessing. You use them when you don’t want to invest your energy into typing, you just say your thought out loud. But it comes without the baggage of being on call with somebody. However, when people start sending too long voice notes on Whatsapp, they are just awful. You don’t even want to view them.

But WABetaInfo, a WhatsApp-centric publication has announced that WhatsApp is trying a new feature. The feature would enable modifying the playback speed of the audio notes. This option will be available on iOS and Android.

WhatsApp is finally testing an option to change the playback speed for voice messages. 🔥
This feature is under development and it will be available in a future update for iOS and Android.

Screenshots will be published here on @WABetaInfo when available in a future beta build.

[March 9th, 2021]: WhatsApp has been trying to work on the privacy angle a lot more ever since consumers started leaving after its new privacy policy was released. In their recent update, hence, they have announced they will be making their cloud backup encryption stronger.

So now, to access the chat database and media, you will have to enter a password. The password is not sent to Whatsapp. Moreover, if you were to forget the password you will not be able to recover it.

As previously announced, @WhatsApp is working on cloud backups encryption.

The chat database and media will be safe from unauthorized access when using a password. The password is private and it's not sent to WhatsApp.
It will be available in a future build for iOS and Android. pic.twitter.com/Lp06PaECBX

[March 2nd, 2021]: WhatsApp users operating their phones on Apple devices have raised the issue that they are unable to play voice notes. The concerned party, Whatsapp has acknowledged the issue on Twitter. They have asked the users experiencing problems to share the iOS version to see if it is being experienced on iOS 14 beta.

I confirm that some users having WhatsApp for iOS are experiencing issues playing voice messages.
Have you the same problem? Please share your WhatsApp and iOS version: I'd like to understand if you're on the latest iOS 14 beta. https://t.co/J4I1upeoGC

The fact that only one WhatsApp account could be run on a phone had become normal. Unlike other apps, we had become used to the idea and didn’t venture into the unknown. But now, the beta version of the application has a logout feature in place of the ‘delete account’ option. Now you will be easily able to log out from one account and sign in from another.

Since by now they are just throwing out updates, would it be too much to ask that the Whatsapp web should not be dependant on the internet connection of the phone app?

[Feb 8, 2021]: With more and more Whatsapp users switching to Telegram and Signal at an alarming speed, the app has been trying to introduce new features to retain its consumers.

The new feature entails that you will be able to send videos to your contacts and be able to mute them right and there, according to WABetainfo (a Whatsapp-focused information portal). Although, this feature is just for beta testers. So when you choose a video to send, in the edit section you will find the option to mute it.

While people can get this feature on the version they are currently using, the update is specifically assigned to the 2.21.3.13 beta update. So it is better to update the app to access it.

[Update]: The ongoing drama of WhatsApp, Signal, and Telegram has attracted lots of eyeballs. With the security on the line, many Whatsapp users have refused to update their app and shifted to alternate resources.

Now, realizing that privacy policies are very important, they must have decided to restore their customers’ faith in them. Hence, on Thursday, they rolled out another feature for security for their desktop and web version of the app.

“Today we’re starting to roll out a new security feature for WhatsApp Web and Desktop: face and fingerprint unlock when linking devices,” it tweeted.

They did add that Whatsapp won’t see this data.

Today we’re starting to roll out a new security feature for WhatsApp Web and Desktop: face and fingerprint unlock when linking devices.

WhatsApp does not see your face or fingerprint data.

As a direct response to WhatsApp changing its privacy policy, there was a major Twitter storm against the app. A considerable population claimed that they did not feel safe on WhatsApp anymore and would rather migrate to alternative apps such as Signal or Telegram than stay on WhatsApp. With the ultimatum by WhatsApp that should the users fail to accept its terms, the application would stop functioning as early as February; people have already shifted to the new apps.

Now, as any technology goes, there is a limit to servers that keep any app functioning. And with the success of WhatsApp over the years and alternative apps not quite as popular, it is quite likely that they were hooked to less strong servers compared to WhatsApp. So with the sudden surge of users on the app, Signal and Telegram were both to face issues. But the issues faced came sooner than expected, and whether they are linked to servers or not, it was quite ironic. Ironic because these users shifted to feel more secure, and it looks like their chats are not as safe as they were led to believe.

We are making progress towards getting the service back online. Privacy is our top priority, but adding capacity is a close second right now.

So let’s explore what really happened

Two days ago, Signal faced quite an outage. What happened made tons of new users skeptical about their choice. Were they still not safely conversing even after changing applications? But Signal couldn’t lose this chance, a huge amount of new consumers now, could they? They immediately tried salvaging their reputation by claiming the data of new consumers was completely safe. They had nothing to worry about.

Signal has clarified that even though the users saw errors in chats, their chat is still secure. That said, it’s possible that the user who got the glitch notification in a particular thread missed a message from that contact.

The app developers have ensured that “The next Signal app updates will fix this automatically.”

Furthermore, all the users need to do is, when they see the ‘bad encrypted message’ sign, they need to take some measures. If they are an android user, they need to go into the menu on the top right. From there, they need to tap on ‘reset secure session’. iPhone users would have gotten the notification ‘received message was out of sync.’ They will need to ‘reset session’.

@signalapp are you ever planning to make your pc app better and more optimized? As of now it has huge ram consumption and many features are lacking . #SignalApp #Signal #signal

But as it turns out, these were not the only difficulties. Used to WhatsApp’s efficiency, the new users are struggling with the alternative. The app in itself has high ram consumption, but the web counterpart of Signal is not optimized either.  Signal acknowledged these issues on January 15th and said they are working towards restoring the problems.

And the worst part is there are picture glitches as well. What will we do who survive on the screenshotting and sharing of conversations?

Let’s just be very sure when the rest of us make the change to Signal due to the new Whatsapp Privacy Policy!