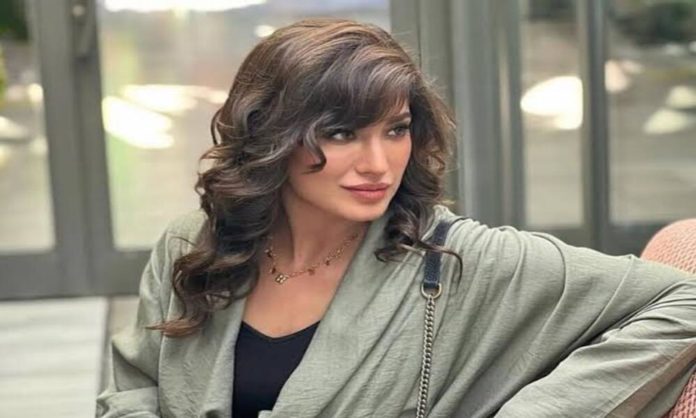 Mehwish Hayat is receiving major criticism from the public yet again. The actress shared a video on her Instagram and the netizens have collectively lost it.

The Pakistani actress who was the first one to bag a role in the Hollywood series is a fan of western series. The actress shared a video on her social media platform lip-syncing to one of the iconic dialogues by none other than Wednesday Adams. The popular American series which broke records last year is trending all over social media for its quirky dialogues, dark academic aesthetics, and iconic characters. Hayat shared the video on her Instagram which caught the eyes of netizens. The actress received criticism for not doing what she was doing but clearly for what she was wearing in the video.

The public was quick to target and mock the actress for following in the footsteps of foreign media. Many shared their thoughts about the cheap publicity while others stated how she has made a joke of herself.

Mehwish Hayat happens to own a Sitar-e-Imtiaz which is one of the biggest honors awarded by the Pakistani government. The actress was awarded Sitarae-e-Imtiaz for her notable contributions to the showbiz industry. However, that medal becomes the first one to be targeted every time Hayat is facing controversy because as per netizens she isn’t deserving of one.

Netizens’ comments on the post are outright immoral. The keyboard warriors who often tend to sprew hatred on social media landed in the comments section of her post yet again.

Here’s what they had to say about the video.

What are your views regarding the controversy? Share your thoughts in the comments below.