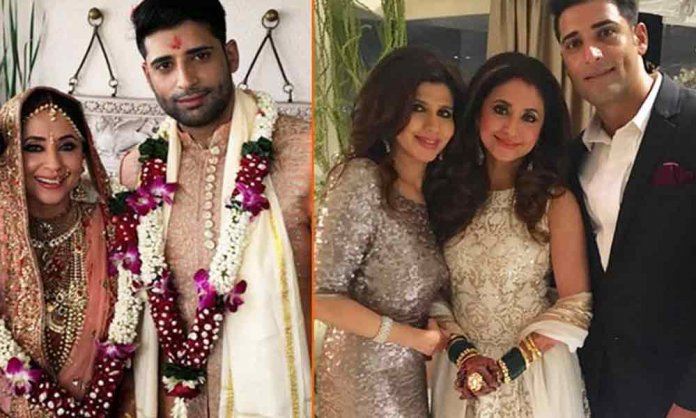 Lately, a rumor has been doing all round on social media that the veteran Bollywood actress Urmila Matondkar had converted to Islam.

The buzz kickstarted when an internet user posted on Facebook that the actress converted to Islam after tying the knot to a Muslim.

For those who are unaware, the Bollywood beauty tied the knot to Kashmiri businessman Mohsin Akhtar Mir in 2016.

A post shared by Urmila Matondkar (@urmilamatondkarofficial) on May 20, 2019 at 9:14pm PDT

However recently, Urmila Matondkar finally broke silence over the rumor and said that she is still a Hindu.

While talking to Indian publications, the actress said:

I am a Hindu. That’s the religion I have followed, but I believe in Hinduism in a wider sense, not the kind of Hinduism that’s sold to us today. Even if I had converted to Islam, I would have said it with as much pride. However, it’s none of anyone’s business. I am not just talking about the secular fabric of the country because I am married to a Muslim. Contrary to that, because I always believed in it, I was open enough to marry a man of a different faith

Even if I had converted to Islam, would have said it with as much pride.

When asked about the reason behind keeping her marriage ceremony private, she replied:

I don’t like to talk about my personal life. I was never on the radar. I have always been a reclusive actor, who has believed in letting my work speak for itself.