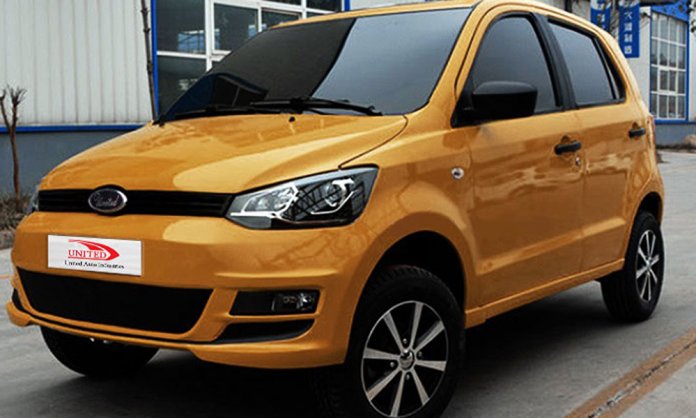 Update: United Auto Bravo has launched the United Bravo 2019 after the popular demand for the original variant.

Despite many international brands coming in the picture, United Bravo remained one of the most popular and highly-searched vehicles all across Pakistan.

For 2019, while top brands are gearing up to reveal new models and bring back some old ones, United Autos has decided to go ahead with the 2019 Bravo.

Here’s what we expect from the 2019 United Bravo:

At an affordable price,  United Auto is able to offer a good-looking vehicle with a good build for less. The steel chassis and paint job are not disappointing, so we do not expect that to change in the near future.

The interior featuring wooden panels in quite attractive, compared to the cabins being offered to consumers for the same price range. Considering it is an entry-level car, a luxurious experience is the last thing drivers and passengers should think of.

None-the-less, it has decent leg space, comfortable seats, so the design change will not be much likely with the 2019 unit.

During the launch event of the United Auto Bravo, the owners had promised the audience to bring an automatic transmission variant, as the current Bravo is only manual. Given the traffic conditions in a city like Karachi, driving at MT unit can be painful.

We can expect the Bravo to continue sporting the 800cc variant with AT support. Since it is an entry-level variant, improving its fuel.

Only time will tell what United Auto wished to do with their upcoming Bravo variant.

United Auto Bravo has launched in Pakistan! The vehicle first launched on 8th September 2018 in Lahore. For some time now, the vehicle has been expected to enter the market, for the features and cost factor.

The car was first expected to launch in August, and then on 1st September, however, due to unknown reasons, it has been pushed to 8th September.

Being one of the most searched cars in Pakistan! The Bravo Hatchback is a direct competitor to the ‘King of the Roads’, Suzuki Mehran! It was also earlier speculated that it will have the same engine as the Mehran (800cc) but with more features at the same price. 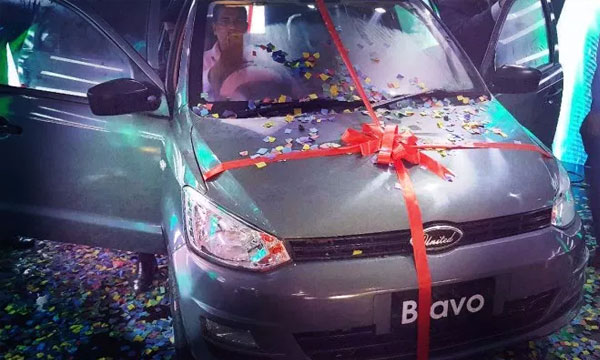 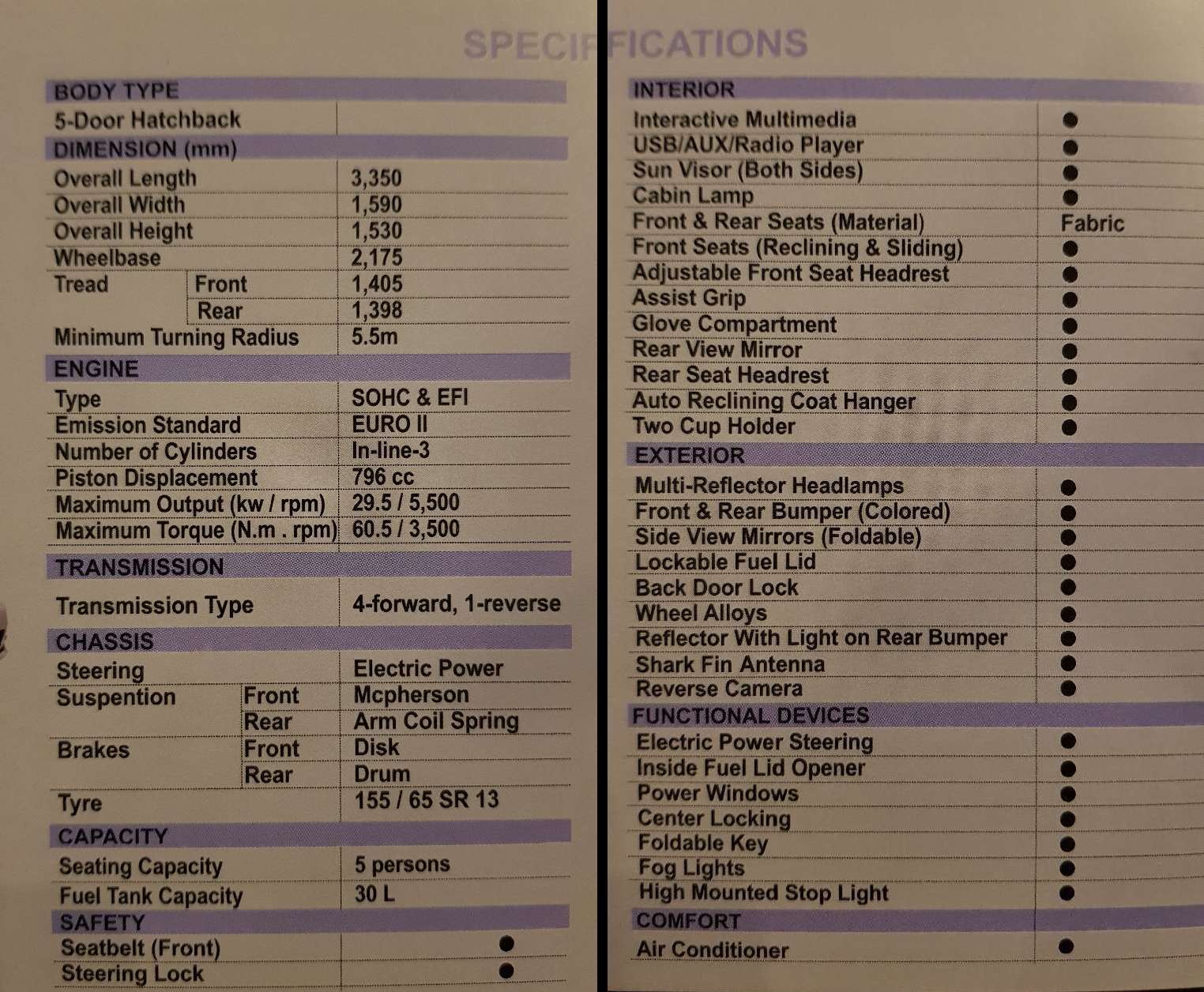 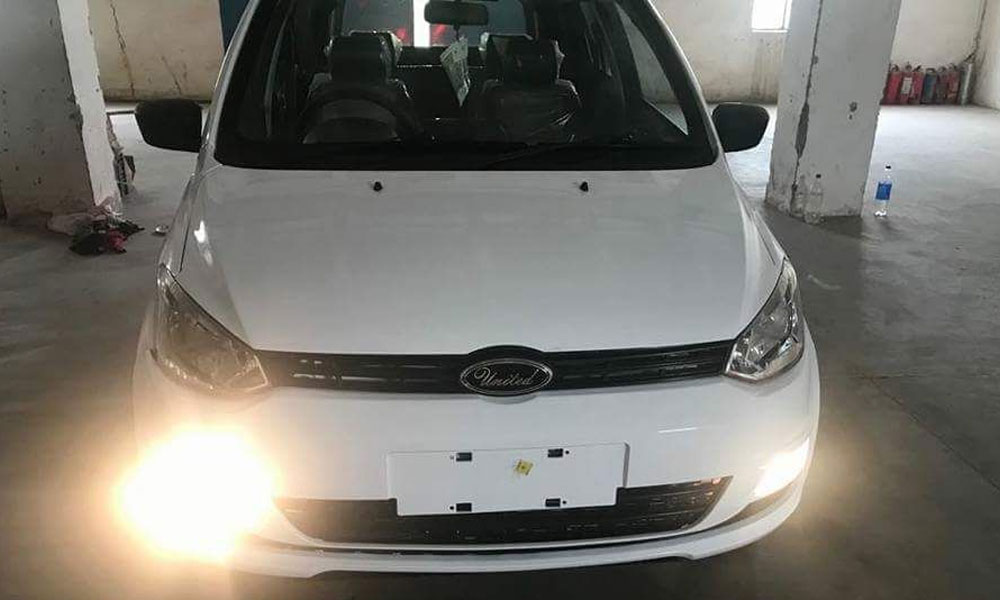 The United Bravo is available in three exterior colours, white, grey and silver. 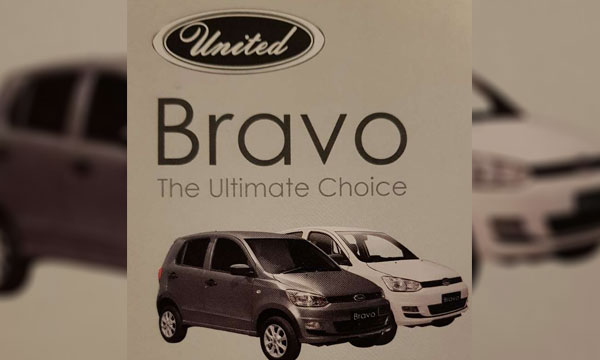 The hatchback is available in only one trim.

Now that Suzuki Pakistan has officially announced the cease of production for their Mehran (VX variant), this might just turn the tables for the newcomer which aims to target the lower-middle class consumers.

Interestingly, United Auto’s CEO Chaudhry Sanaullah shared that the company will shift towards localization of Bravo hatchback and in a few short months will announce the automatic variant. He further shared that in 2019/2020 they will launch electric vehicles in Pakistan.

Previously, we shared the news with you of United Motor’s new venture, United Bravo. We had the spy shots of the vehicle, however, we did not have enough information on it to update our readers. Now we do!

The Bravo Hatchback is actually owned by Luoyang Dahe New Energy Vehicle Co. United has applied for the car’s copyrights. 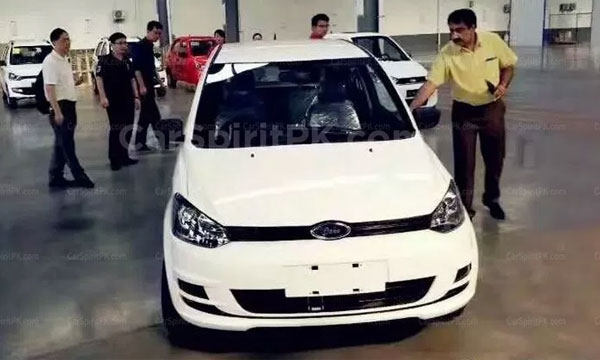 According to a source, United Motors delegation visited Luoyong Dahe New Energy plant in June last year and have signed an on-site order for 3,000 units of their DH350s (Bravo Hatchback)

The United Bravo Hatchback boasts a 796cc three-cylinder engine under the hood. This is also the same engine which can be found in Suzuki Mehran.

On the other hand, power steering, central locking, and air-conditioner are a part of the luxury version. It is expected to be priced at the same price as Suzuki Mehran.

*keep in mind these specs are stated via an unofficial source, the final product may differ.

This is how the DH350S (Bravo Hatchback) looks like on paper.