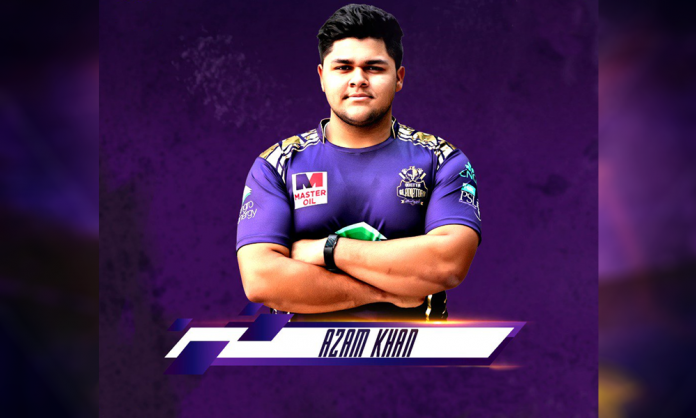 The opening ceremony took place in Karachi at the National Stadium, followed by a much-awaited match between Quetta Gladiators and Islamabad United.

While there were plenty of highs and lows from yesterday, one particular cricketer stood out – Azam Khan.

The powerhouse smashed three boundaries and stroked five shots to the fence, scoring 59 off 33 which was enough to make the Gladiators victorious!

Father Moi Khan must be really proud of his boy and surly knew his capabilities. “Azam Khan will be Quetta Gladiators’ trump card in HBL PSL 5,” Moin Khan – coach of the defending champions – was reported to have predicted about his son earlier this week.

After watching his mind-blowing performance, netizens were unable to keep calm and took it to Twitter to express their feelings.

Congratulations @TeamQuetta for winning the first game and a very impressive knock by #AzamKhan !

Brilliant!! He was always a special talent, so good to see him deliver.#AzamKhan #HBLPSLV pic.twitter.com/gAbNRMr5Vd

Not to jinx but this (text in photo) was sent to me few days ago from someome who is following Azam Khan (Moin Khan son) development very closely. pic.twitter.com/PnBMb5UKyW

You gotta be awesome when your name is AZAM. #AzamKhan pic.twitter.com/lim3dNhSij

shocked na? despite being under immense criticism yet Azam Khan has knocked the balls impressively with th confidence for which he deserves appreciation! technique timing power reflexes quick response are key points in th batting of Azam Khan! Answered critics very well!🏏#HBLPSL pic.twitter.com/h0MCZQ4XV3

Maiden quick fire 50 for Azam Khan! What an innings by him! Trolled all of us back.#PSL5 pic.twitter.com/zczg3b9rvF

Azam has shown his trolls and those who went against him that weight has nothing to do with your passion for the game.

If you have a fire that ignites within, then you can conquer every peak that comes your way.

Bravo Azam! We are very proud of you!