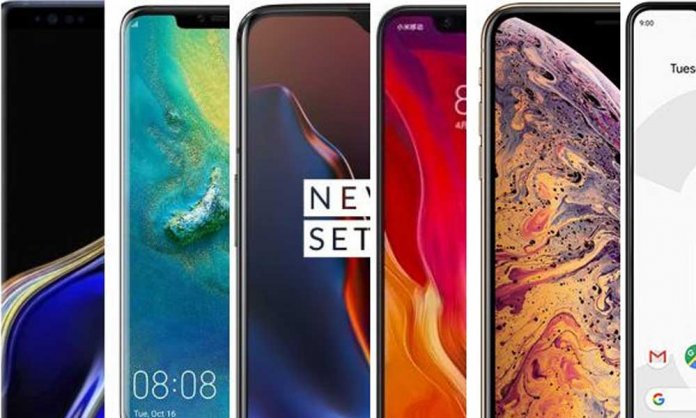 While 2019 hasn’t even begun, we already have some idea about what’s on the way for smartphones. To summarize: more lenses, smarter artificial intelligence, and a new mobile communications standard.

Some smartphone giants have already confirmed their launches scheduled for 2019, and others have demonstrated such a predictable release pattern and spec evolution that we have a fairly good idea as to what’s to come over the next couple months.

Here’s a list of some of the most innovative, most hotly anticipated smartphones set to hit the market next year:

Samsung has been teasing their 2019 launches over the course of 2018, but though we know what’s coming, we can’t predict exactly what form each of the upcoming devices will take. Of course, the foldable phone that’s expected to be called the Galaxy F will potentially be officially unveiled at the Mobile World Congress in February alongside the S10 lineup. One of the devices in the S10 range, which is expected to consist of three — perhaps four — models will likely be powered by 5G, marking the company’s official transition to the new mobile communications network.

Rumors have been flying around recently about the Pixel 3 Lite device, though Google has remained silent on the matter. Multiple blogs have shown off what could potentially be a thick-bezeled, notched, and cheaper Pixel 3 counterpart. And if the rumors are true, the handset might be accompanied by an XL model sans notch.

Sprint officially announced that it has partnered with LG to release the “first” 5G smartphone to be commercially available in the United States following the company’s 5G network launch early in 2019. Whether or not they will actually end up being the first to make the transition remains to be seen.

Like the Pixel 3 Lite, the Huawei P30 is something notable leakers tell us is coming, but the company itself hasn’t confirmed the news. Blogger Evan Blass, who has provided accurate leaks for years, allegedly spoke with a source who saw the device and its triple rear camera. The maximum resolution is claimed to be 40MP and the zoom is expected to be 5x lossless. Needless to say, the P30 is likely to wow when it arrives, and the Pro variant that will come out with it should be even more impressive.

The Huawei P30 promises to be another imaging powerhouse, according to someone who’s seen one: triple rear camera, with a maximum resolution of 40MP and 5x lossless zoom, plus a 24MP selfie cam. And this isn’t even the Pro variant.

The OnePlus 6 and 6T impressed their audience with their premium phone parts available at a mid-range phone price. The same kind of product is expected in 2019 with the launch of the 5G network. Though there’s much left to the imagination still, the OnePlus 7 duo is expected to give the upcoming Samsung S10 collection some serious competition.

As new generations of devices continue to arrive, a few factors are a sure bet: better pictures, better sound, and better connection.

WhatsApp to STOP Working on These Phones in 2019 [View List]