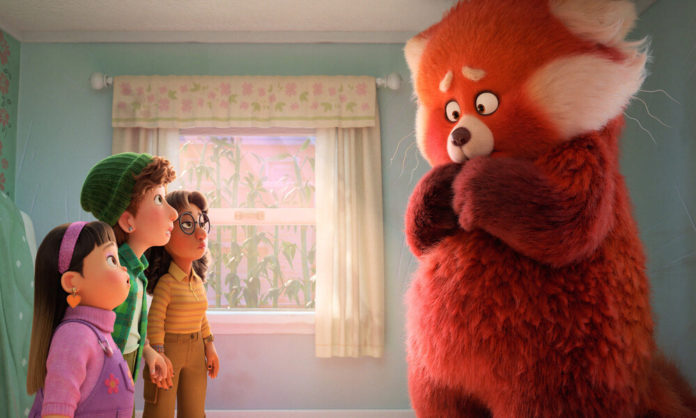 This year has brought a multitude of movies that have left a mark on viewers. From action to thriller, mystery, and drama, there is something in every category which is a must-watch. As 2022 wraps up we are doing a round-off of the best movies for this year.

1. Everything Everywhere All at Once

The movie is the absolute best among the bunch and is available for viewing on paramount+ and managed to rock the box office. The primal story of a mother-daughter duo who is on the verge of saving the daughter’s life is something that will keep the audience hooked. The outrageous action comedy brings the best of both worlds to play from fashion to thrill and perfect comedic timing.

This story about a young romance is available for viewers on prime video. Following the themes of chaos, thrill, blood retching, and bone crumbling movie the movie shows two teens who are hungry for blood. The gore scenes are enough to make your skin crawl and are something not for the faint of heart.

Directed by Todd Feild, Tar is available on Apple+. The movie follows the story of a musical conductor who is on top of the world. However, things start crumbling down as she reaches new heights, and unraveling things starts to surface about her. This movie is a perfect mix of psychological thriller, horror, and comedy.

Turning red is hands down the best-animated launch of 2022. Available for viewing on Disney+ the movie tells the tale of a girl who happens to turn into a giant red panda when she is angry or overwhelmed. However, with the help of her best friend and her mother Mei finds a way to navigate through the fur to her heart.

5. Glass Onion: A Knives Out Mystery

The highly anticipated movie is available on Netflix. The movie follows the story of a group of wealthy friends whose attempt to have the time of their lives on a private island turns into an absolute nightmare. The rich and comedic murder mystery is an absolute treat for the fans of the first Knives Out film.

Well, you can’t say nope to ‘Nope’. This summer blockbuster has every possible thing you would to watch in a movie. The offbeat sci-fi tells the story of a family whose attempts at escaping the ET and UFO are met with failure.

If you like donkeys then this is the perfect movie for you. This story is about a donkey who finds his way through different owners as he is freed from a circus to wander around. The donkey then encounters characters including a countess, a fur farmer, and a group of very passionate soccer fans.

Available on HBO max, Fallout is the epitome of loss, anger, love, and healing. The movie follows the story of a school shooting where two girls who hide in a bathroom stall to survive to end up becoming life saviors to each other.

RRR is available on Netflix and has the most dynamic watch on the list. This Indian romantic action comedy lets viewers navigate through eye-popping action scenes and some of the most upbeat dance numbers.

10. The Banshees of Inisherin

The movie is set in 1923 Ireland and revolves around the dying friendship between a simple farmer and a grumbling musician. Living on an island, where it is practically impossible to hide away from each other the movie shows the raw, sparking confrontations that are crackling fun, tenaciously tender, and often deeply dark. The Banshees of Inisherin is available on HBO max.

The movie is inspired by the Agojie of West Africa and explores the passions, problems, and camaraderie of this all-female band of warriors. The movie transports the viewers into what is known as a different universe with an emotionally gripping and exhilarating storyline. The movie is available on prime video.

As the name suggests return to Seoul is about a 25-year-old woman adopted from Korea and raised in France. The girl who is a series of events ends up in Seoul and seeks out her birth parents. The movie then navigates through the confused desires about her relationship with her birth parents in an unpredictable way.

Available on Apple TV, Triangle of Sadness is based on the life of influencers and models and their relationships with each other. The movie might seem a bit slow but wait for the historic turn of events before turning it down.

It is a story about a group of friends who are certainly not ready to take anything seriously. The movie is bonkers yet rich with madcap shenanigans making it worth the watch. It is available on paramount+.

Pearl is available on Amazon prime and has to be the most gripping movie on the streaming platform. Set in 1918, the story is set on a woman who is defiant and chaotic.

Have you watched any of the movies above? Let us know in the comments below.