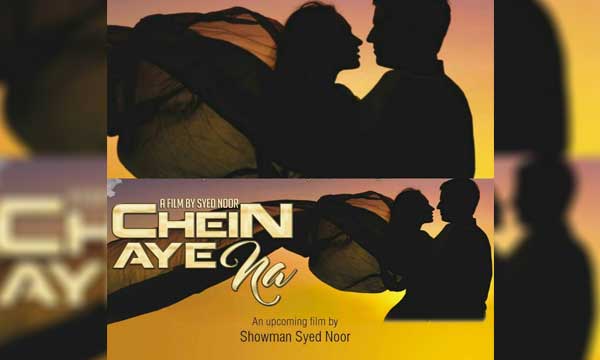 Here’s the first look of ‘Chein Aye Na’ that is making rounds on social media.

Talking to the media at the launch party of the film, the Lahore-based director said the new film is romance saga and will include some of the biggest names in the Pakistani film industry, both considered legends, and fresh faces.

We’re looking forward to seeing this pair sizzle on the silver screen!

#shahrozsabzwari & #sarishkhan to star in syed noor's next movie 'Chein Aye Na'!! How do you like the pair??!

The upcoming movie also includes an ensemble supporting cast that includes Mustafa Qureshi, Nadeem, Behroz Sabzwari and Atiqa Odho who have been around the entertainment industry for quite some time.

We are excited for the trailer of the film and can’t wait for more updates.

What did you think about the first look of Chein Aye Na? Let us know in the comments below.