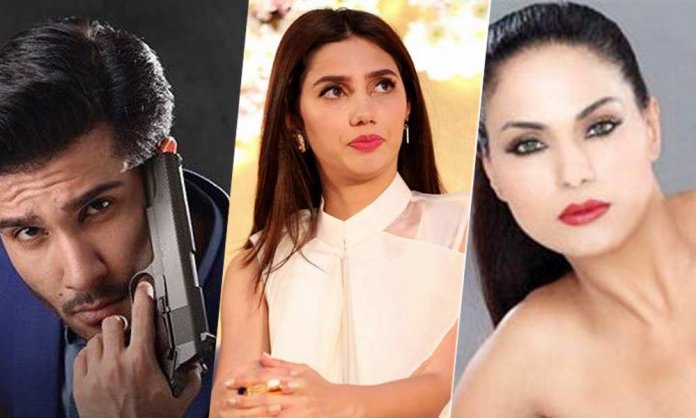 Firdous Jamal’s derogatory remarks on Mahira Khan at Faysal Qureshi’s show seem to be getting attention even after a week has passed.

According to our last update on the matter, influencers and celebrities had shown full support for Mahira Khan and Mahira herself had penned down a handwritten note as a response.

“We are the present”: Mahira Khan Responds to Firdous Jamal with Indirect, Handwritten Note

Then news came that Pakistani Director and Head of Hum TV, Momina Duraid had cancelled Firdous Jamal from all of her production projects to show support for Mahira.

However, following that, tables seem to have turned.

my question is this what freedom of speech gets you ?! Getting someone’s bread and butter cancelled ?? If it does … then I want every single bastard out there bashing any human being on the internet get cancelled the same way !! Coz you can’t ! 🙂
Enough is enough ! pic.twitter.com/kUz6GA7xpU

Currently, the hashtag #SupportFirdousJamal is taking over Twitter and among others, celebrities like Feroze Khan, Veena Malik are partaking in the conversation.

People are defending Firdous Jamal, saying it is only freedom of speech to express your opinion, and nobody should face such insult for it.

As an individual person everyone has its own opinion so don't say that Mr firdous has done anything wrong! #supportfirdousjamal pic.twitter.com/92ZqUZvpg9

Many are of the opinion that he should be respected because he is old and has been entertaining us for decades.

man has given his life to this industry and has done so much to entertain us Pakistanis for so many years. And now people like Momina Duraid who will disrespect n degrade him by saying “we r ashamed of him in our fraternity” 💔#supportfirdousjamal pic.twitter.com/ZD3grT9miy

#Mominaduraid wth ur dictatorial behvior u r only causing more damage to urself. To shun a man of hs calibre is shameful aftr years of entrtaining us wth his great work.
MD don’t Call Shots. Thr is HIGHER BEING Spinning our World. Its all in His hands not urs #supportfirdousjamal

What do you think about the trend #supportfirdousjamal? Let us know in the comments!