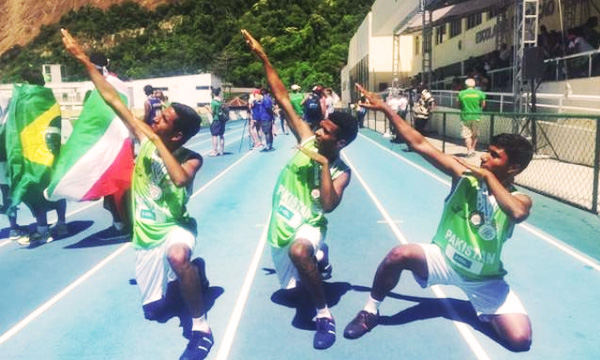 As revealed by Azad Foundation, Muhammad Naeem secured a 2nd position in the athletic sprint while Mehr Ali bagged a gold medal in the long jump event.

Meanwhile, Naseer Ahmed missed out on a gold medal in the 100m hurdles event. Instead, he bagged a silver medal while Mehr Ali finished 3rd with a bronze medal.

According to the reports, Pakistan has won 10 medals in the Street Child Games 2016 tournament uptil now, including  the three gold, four silver and three bronze medals in four events.

The Street Child Games are being carried out with athletes participating from 9 countries including, Pakistan, India, Burundi, Great Britain, Mozambique, Liberia, and the Philippines along with the hosts, Brazil.