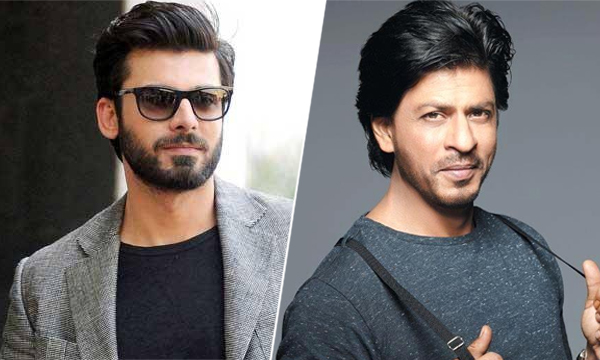 Seems like Fawad Khan’s recent controversy in India has backfired and instead of making him leave India, it has managed to rope in more fans! The prominent Bollywood celebrity, Shahrukh Khan stepped forward and supported Fawad Khan.

A private Indian channel quoted SRK saying that no one can throw mud on Fawad Khan like this.

The letter was deeply saddening for the Pakistanis but a superstar like Shahrukh supporting Fawad Khan is just overwhelming.

Read the letter below.

A letter by an Indian journalist Soumyadipta Banerjee created quite the buzz on the internet asking Fawad Khan to leave India and go back to Pakistan.

Pakistanis already rose to defend their favorite superstar but there were many Indian fans and celebrities who also criticized the letter, terming it as a very harsh way of rebuking Fawad.

The letter triggered a raging debate on social media between the two countries’ audiences. A prominent writer from the nation’s leading entertainment magazine, FHM Pakistan also wrote the perfect reply to the journalist from across the border.

“If India has graciously showered love over Fawad Khan; then that is due to the fact that he has earned it along with any other Pakistani star. If you have given him the awards, than he has given you enough of his looks and acting, that no other of your actor would have been able to offer with such perfection,” the writer wrote.

Here is how Fawad Khan Fans in India reacted:

#FawadKhan fans: Read this thread. https://t.co/QF8exF2cst Don't think facts would affect his Indian audience of mostly females. They 💖 him.

See how fans are going gaga over Fawad Khan in the Ae Dil Hai Mushkil Trailer:

#FawadKhan what have you Done? I don't have any clue about what is happening to me after watching Ali in #ADHMTrailer! Damn! U r Addictive😓

Boycotting @_fawadakhan_ is stupid idea for justice against #uriattacks Last thing we need is to politicize Art!https://t.co/gtAjvUREB9

Shocked to see how this writer could single out an actor for #UriAttacks. It's time you start learning history . https://t.co/OLJuzQzxkb

If Fawad Khan is working in India on a valid visa then that is it. You are not doing any upkar on him. He is working and getting paid.

Will Fawad Khan’s Ae Dil Hai Mushkil release in India now, after the actors have been given a 48 hour deadline to leave the country? Stay tuned to Brandsynario for more updates.