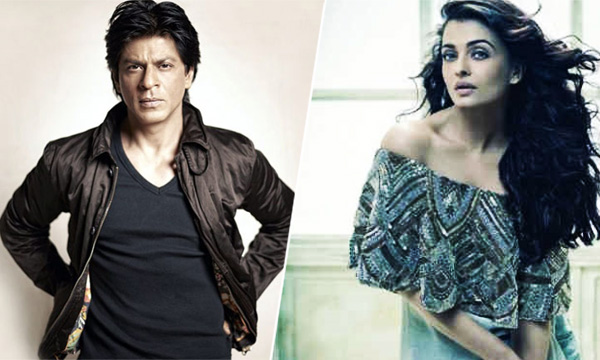 According to the inside sources, Dharma Production has already decided to cast SRK & Aishwarya as the lead pair in their upcoming flick. However, nothing has been revealed about the movie as of yet.

Karan Johar’s highly anticipated flick ‘Ae Dil Hai Mushkil’ hit the cinemas last Friday and took the fans by storm! The movie was totally worth the wait and managed to live up to all the hype quite well. However, SRK’s cameo was THE Highlight of the movie. With a powerful screen presence, King Khan’s cameo stole the thunder with his epic dialogues that will literally give you goose bumps. His ‘5-minute’ chemistry with Aishwarya Rai is bound to give you major relationship goals.

With ADHM, Aish and SRK were seen on the big screen almost after a decade! The duo last graced us with their powerful performances in Sanjay Leela Bhansali’s ‘Devdas’. No doubt, the two have a powerful on-screen presence. After Devdas, the power couple was last seen in an item number ’Ishq Kameena’ from the Bollywood movie Shakti. The duo also played brother & sister in their hit Bollywood flick ‘Josh’. Oh, and how can we forget the mind blowing chemistry in ‘Mohabbatein’? If all goes according to plan, SRK & Aish will next sizzle in KJO’s another blockbuster and we CANNOT wait!

What do you think about the pairing of Aish & SRK? Let us know in the comments below.