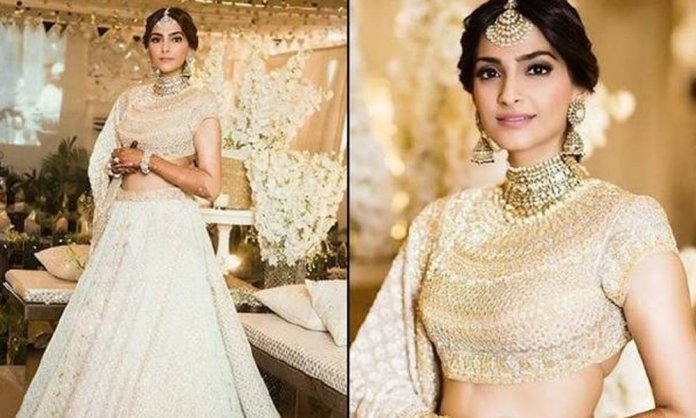 Let’s nacho nacho! That’s right – the mehndi has been applied, the dance floor has been set and the lights are lit for a dhamakedar sangeet of none other than Bollywood fashionista Sonam Kapoor and Anand Ahuja.

The sweetheart of Bollywood town was seen having a blast with her friends and family as she and her and fiancé grooved to the tunes of hit Indian songs.

But they were not the only ones having the time of their life! Other B-town celebs too seemed to be enjoying the sangeet function of the darling daughter of the Kapoor clan. And guess what?

We have got all the inside pics and videos for you to check out!

The theme for the event was Indian – shades of white and the guests who attended the star-studded event didn’t disappoint.

Sonam Kapoor’s Wedding With Anand Ahuja: Inside the Star-studded Mehndi!

So with that said, let’s take a look at the fantabulous sangeet of Sonam and Anand!

Take a look at the adorable couple. 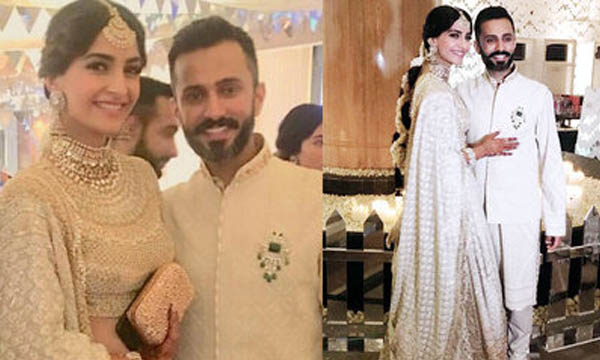 Glowing bride shaking a leg to her upcoming movie’s song.

Besties Jacqueline and Sonam singing and dancing to ‘Chitiya Kalayaan’. 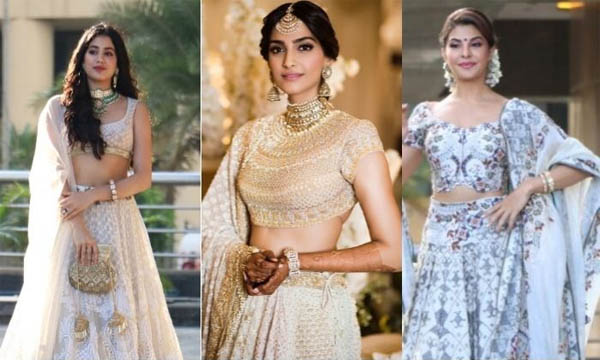 The dance floor is LIT with killer dance moves of the guests!

And that’s not all! Amidst the celebrations was the “Chooda” ceremony is which the bride shakes her ‘kaleeras’ on each of her single lady friends. According to the custom, whoever the ‘kaleeras’ falls on is said to be the next bride-to-be!

How cool is that?

Well Sonam and her friends were seen baiting each other and guess who was the most excited for this ceremony? None other than Sonam’s bestie, Jacqueline!

She was seen asking Sonam to drop them (making us wonder whether the girl has found her sweetheart and another B-town wedding is on the way?) on her but alas! The ‘kaleeras ‘fell on Sonam’s cousin and Arjun Kapoor’s darling sister, Anshula Kapoor!

Check out the adorable video that Shilpa Shetty shared of this fun ceremony.

Chooda ceremony.. Congratulations @sonamkapoor ,wishing you all the happiness ,unconditional friendship and love in this matrimony with @anandahuja ..you will make such a beautiful bride tomw ..Can’t wait 😬Soooo happy for you and @kapoor.sunita and @anilskapoor , so beautifully put together 😬😘#chooda #mehendi #bride #instagood #shaadimagic 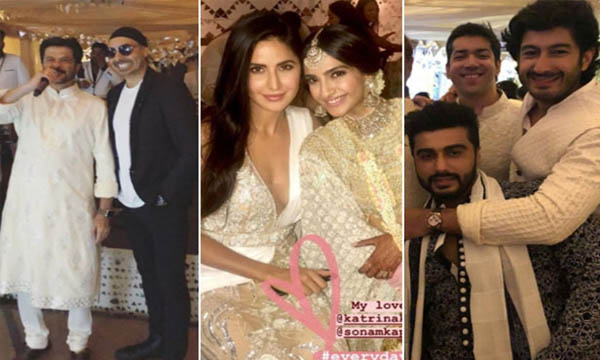 Take a look at cousin Jhanvi Kapoor’s hoping that the ‘kaleeras’ don’t fall on her! Her reaction is hilarious for sure!

Well it seems that the bride and groom along with their family and guests had a blast at the Sangeet!

What did you think of the event? let us know in the comments below!